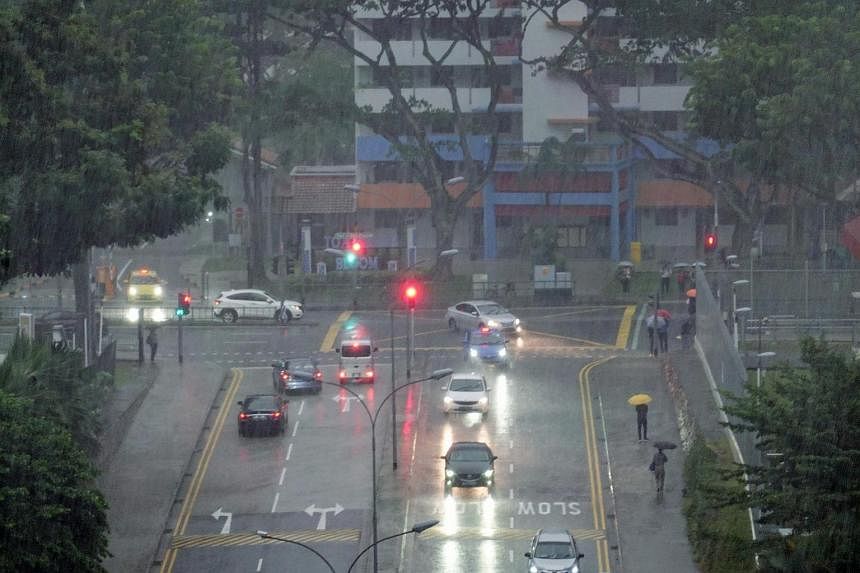 SINGAPORE –  Many Singaporeans woke up to heavy showers on Wednesday morning (July 20).

Rain clouds blanketed the island at around 7.30am, causing heavy rain in certain areas. But the downpour tapered off to a drizzle in most areas by 10am.

The showers brought relief from days of dry weather, which had resulted in warmer temperatures here.

Occasional showers are expected till early afternoon on Wednesday and cloudy weather thereafter for the rest of the day, according to the National Environment Agency (NEA).

The weatherman said last Friday (July 15) that the first few days of the second half of July are expected to be warm and fair, due to stable atmospheric conditions that inhibit the formation of rain clouds.

But rain is expected for the rest of the month as the monsoon rain band is forecast to lie close to the equator, said the Meteorological Service Singapore (MSS), a unit under the NEA.

“This is expected to bring more rainfall over the equatorial South-east Asia region,” MSS said in its fortnightly weather outlook.

On most days, short showers, accompanied occasionally by thunder, are expected in the late mornings and afternoons.

The showers could be heavy on some days, due to the convergence of winds over Singapore and the vicinity, MSS added.

Night-time minimum temperatures are expected to hover at about 28 deg C, particularly over the eastern and southern coastal areas.

Singaporeans are advised to keep their umbrellas close for the rest of the month.