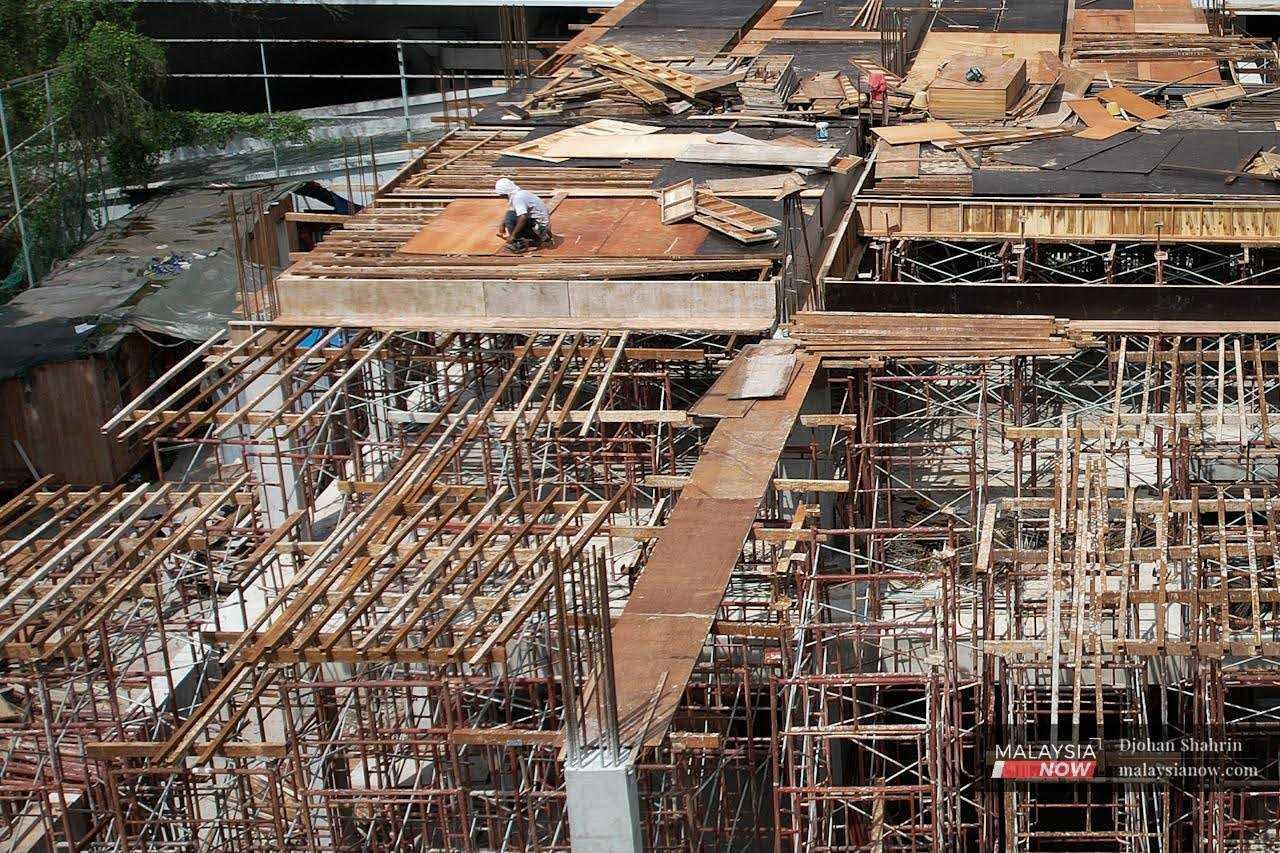 Industry players in Sarawak have called on the government to urgently address the shortage of foreign labour, warning that it will cause further delays to the completion of projects at the cost of billions of ringgit, even as Indonesia freezes the entry of workers into the country over what it calls a breach in its recruitment deal with Malaysia.

Speaking to MalaysiaNow, he cited a need for a quick and strategic solution.

“Many foreign workers who left during the lockdowns are slowly returning, but this freeze will affect our efforts to restore our human resources to pre-pandemic levels,” Sim, the chairman of Sheda’s Kuching branch, said.

In announcing the move, Indonesia’s ambassador to Malaysia, Hermono, said  immigration authorities had continued using an online recruitment system for domestic workers linked to allegations of trafficking and forced labour.

He said this was in violation of the agreement signed between Malaysia and Indonesia in April to improve the protection of domestic workers employed in Malaysian households.

Malaysia, the world’s second-largest palm oil producer after Indonesia, is struggling with a labour crunch in sectors heavily dependent on foreign workers such as the plantations industry.

It is estimated to be short of some 1.2 million workers.

Without a boost in labour, Sim said, Malaysia’s economic recovery from the last two years of Covid-related measures would be at risk.

“Human resources is an important component of any economy and necessary for industries, factories, construction and businesses to keep moving forward,” he said.

The Sarawak Building and Civil Engineering Contractors Association agreed that the labour shortage would continue to hamper the progress of projects.

“It is very sad and negative news for the construction industry,” association chairman James Ha Tung In said, referring to Indonesia’s freeze on workers.

“More projects will come under further delay and will be classified as sick projects whose contracts can be terminated by the agencies involved.”

Panning what he called the poor performance of government agencies so far, Ha said desperate contractors might resort to “stealing” workers from each other by raising wages.

“This would be an added financial burden for contractors,” he added.

“The government needs to act urgently to resolve the issue with its Indonesian counterparts.”

He also urged authorities to cease their raids of construction sites, saying this would compound the negative effects on the industry.

“For now, stop the frequent raids on project sites to round up illegal workers who are contributing positively to the construction industry as well as economic recovery as a whole,” he said.

Allow more workers from other countries

The human resources ministry has said that urgent discussions will be held with the home ministry regarding Indonesia’s freeze on workers.

Traditionally, Malaysia’s foreign workers have also come from countries such as Bangladesh, Myanmar and Nepal.

But despite the reopening of international borders and assurances from Putrajaya on the intake of foreign labour, the return of workers has been slow.

Given Malaysia’s heavy reliance on migrant workers, especially in the construction industry, Sim suggested an expansion of the foreign labour intake from countries other than Indonesia.

“We should allow entry to more foreign workers from countries like Bangladesh, Vietnam, Cambodia, the Philippines and China,” he said.

Giving the example of Singapore, he said Malaysia should emulate the republic’s foreign labour intake policy.

“Before the pandemic, Sarawak’s percentage of foreign workers was only about 6% of the total population compared to Singapore where the numbers are closer to 60%,” he said.

“We need more foreign workers to help us power forward in our post-Covid recovery plan.”

Ha meanwhile urged the government to relook its bureaucratic processes.

He, too, said the government should expand its sources of migrant workers to prevent an overdependence on Indonesia.

“Government agencies like the immigration department and labour department need to speed up the intake process to help boost Malaysia’s economic recovery,” he said.

Adding that a number of companies are already on the brink of collapse, Ha said they might require government assistance to cope with the rise in commodity prices.

“This could be the last straw that sends contractors down the path of financial ruin,” he said.