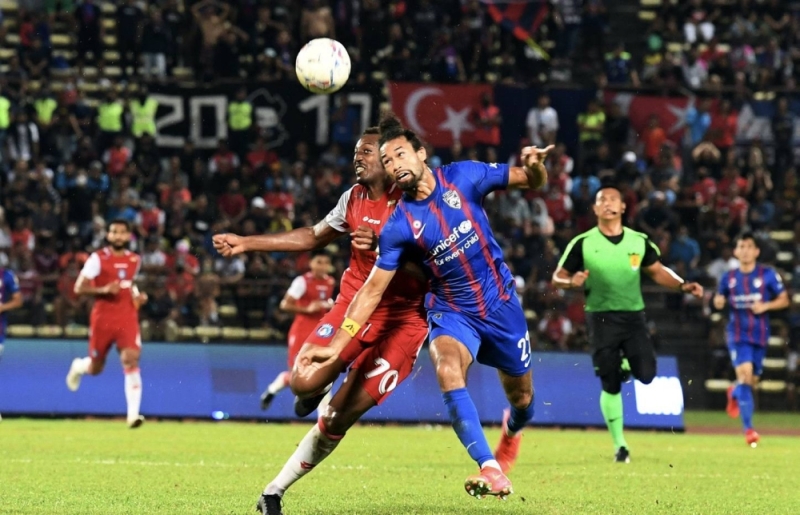 It was the 32-year-old’s second goal of the match, after he slotted in a cross from teammate Arif Aiman Mohd Hanapi to equalise for his team in the 26th minute after Sabah had taken the lead through Park Tae-su in the 19th minute.

JDT is now in a commanding position on top of the league with 26 points from 10 matches, while Sabah remains second having played 11 matches and Negri Sembilan lies in third place with 20 points after 12 matches.

TFC Liberian import striker, Kpah Sherman scored in the 13th minute, followed by teammate Manuel Ott, whose blistering shot from outside the penalty box found the net in the 56th minute. Kedah managed to score a consolation goal in the 91st minute through substitute Azzamuddin Akil.

The win means TFC has replaced Kedah in fourth place with 16 points. — Bernama