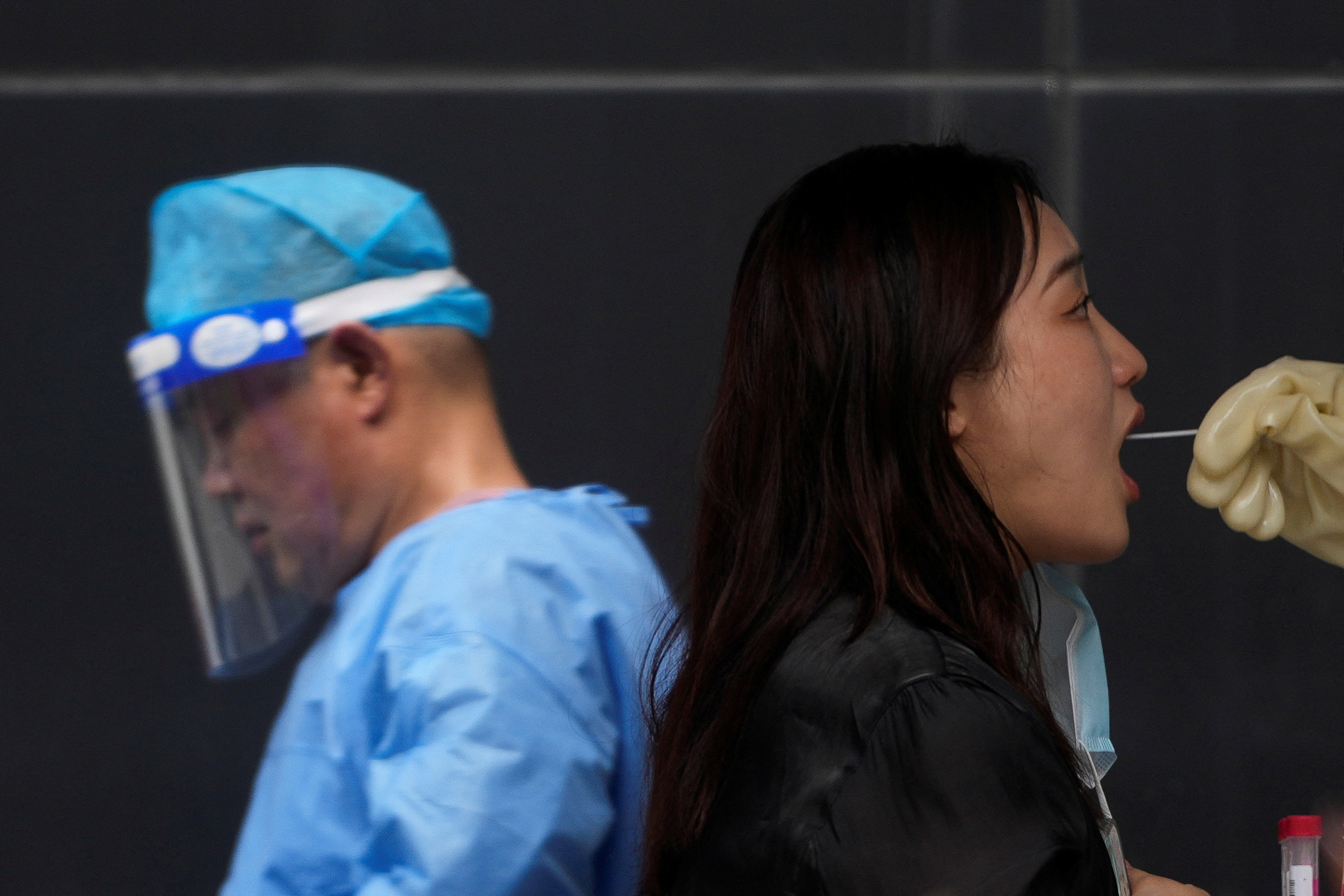 BEIJING, July 11 (Reuters) – Multiple Chinese cities are adopting fresh COVID-19 curbs, from business halts to lockdowns, to rein in new infections, with the commercial hub of Shanghai bracing for another mass testing effort after finding a highly-transmissible Omicron subvariant.

The tough curbs by local governments follow China’s “dynamic zero-COVID” policy of promptly stamping out all outbreaks at a time when much of the world co-exists with the virus.

China has said curbs must be as targeted as possible to reduce damage to the world’s No. 2 economy, after this year’s major disruptions clogged global supply chains and hit international trade.

The discovery of a local infection with the BA.5.2.1 subvariant raises the stakes of quickly limiting a small outbreak to avert more disruptive steps similar to the lockdown in April and May that roiled the global economy and markets.

The BA.5 lineage, spreading fast in many other countries, has been detected in cities such as Xian in the province of Shaanxi and Dalian in Liaoning province, hundreds of kilometres on either side of Beijing.

It was first found in China on May 13 in a patient who had flown to Shanghai from Uganda, the China Center for Disease Prevention and Control said, with no local infections linked to the case that month.

Data from China, including June trade figures on Wednesday and last month’s retail sales, industrial output and the April-June gross domestic product numbers on Friday, are likely to confirm the economy slowed sharply in the second quarter amid coronavirus lockdowns in Shanghai and elsewhere.

Shanghai, the most populous city with 25 million people, has told residents of several districts to get tested twice in another round of mass screening from Tuesday to Thursday, similar to last week’s. read more

Its residents are already testing every few days to secure access to various locations and public transport.

Authorities, and some investors, hope such relentless testing will uncover infections early enough to keep them in check.

“We expect COVID restrictions, mainly in the form of rolling mini-lockdowns for the rest of the year, which would be less disruptive to production or supply chains, along with the gradual rollout of more supportive policies,” it said in a note.

Daily counts of locally transmitted infections in Shanghai increased to several dozens since July 5, up from single digits earlier this month, but are still tiny by global standards.

Most of its recent cases have been among those already in quarantine.

In the central province of Henan, the town of Qinyang has almost completely locked down its nearly 700,000 residents from Sunday, with one person in each household allowed a trip every two days for groceries.

Authorities in Wugang, another town in Henan, have told its 290,000 residents not to leave home in the next three days, except for COVID tests.

Four major districts in the northwestern city of Lanzhou, in the province of Gansu, and the southern cities of Danzhou and Haikou in Hainan province, are under temporary curbs for several days, with a total of 6 million people affected.

The city of Nanchang in southern Jiangxi province, with 6.3 million residents, shut some entertainment venues on Saturday, although the duration of the curbs was not specified.

In the northwestern province of Qinghai, the city of Xining kicked off a mass testing campaign on Monday after one person tested positive on Sunday.

Mass tests also began on Monday in several major districts of the southern metropolis of Guangzhou.