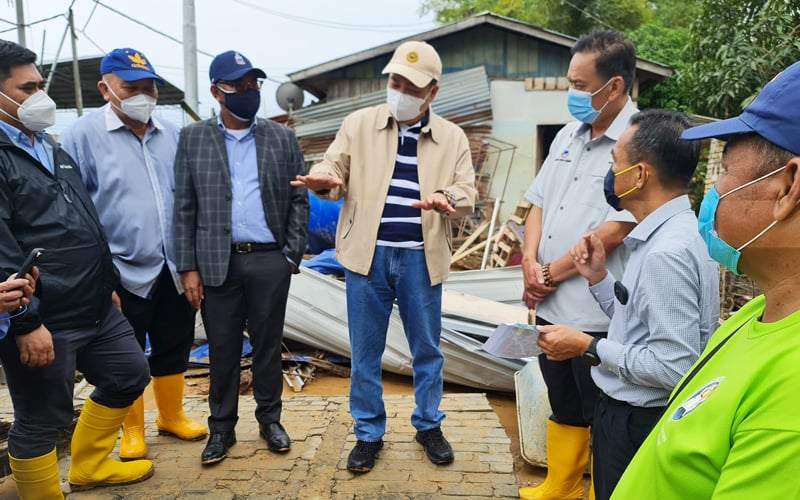 KOTA KINABALU: Early last year, Sabah began a massive revamp of its 200-plus government-linked companies (GLCs) and statutory bodies in an effort to improve the state’s economy and uplift the living standards of its people.

Chief minister Hajiji Noor, who is leading the charge, has lived up to his promise of coming down hard on underperforming GLCs and shows no signs of letting up.

After taking over as chief minister in 2020, Hajiji ordered an immediate review of agreements and contracts involving all state agencies and GLCs that are underperforming or making losses.

He has also directed legal officers to scrutinise every line of the agreements that had been signed.

In June last year, Hajiji oversaw the reshuffle of the state Corporate Policy and Governance Monitoring Committee, a pivotal move to enhance the management, fiscal responsibility and operational effectiveness of Sabah’s GLCs.

On May 26, he gave an ultimatum to GLCs to pay at least RM1 million in dividends to the state government beginning this year.

Only 10 companies have been paying dividends to the state government. Last year, Sabah received RM114 million in dividend payouts from GLCs and statutory bodies, a 12.9% increase over the previous year.

He has also given notice that he will come down hard on GLCs which are not performing or are underperforming.

“It’s no secret that this is important to him. He has said that non-performing GLCs should not be allowed to continue to operate at taxpayers’ expense,” one Sabah government insider told FMT.

“This has created ripples across the management and boards across the GLCs in Sabah. They know he is serious and I don’t think anyone (in the GLCs) wants to test his resolve,” said the source who declined to be named.

“For once, there is an actual belief among civil servants that Sabah’s decades-long problem of GLCs being white elephants and languishing without serving their purpose may finally be resolved,” said the source.

Hajiji has said in numerous speeches that he wants the heads of GLCs to “buck up” and ensure the success of their companies through measures such as new revenue sources.

“He has made a bold statement by appointing several highly qualified professionals from the private sector instead of political affiliates. It’s all about results,” said the source.

Hajiji does not want “negative investors” – those who only plan to benefit from the state’s resources rather than provide equal or more benefits to Sabahans and state coffers.

He has instructed officials to avoid the funnelling of all or most of the profits out of the state, and to ensure projects have a trickle-down effect on the state economy, including job creation for locals.

He also wants GLCs and government agencies to be aware of the need to be socially responsible and to be wary of the environmental effects of projects.