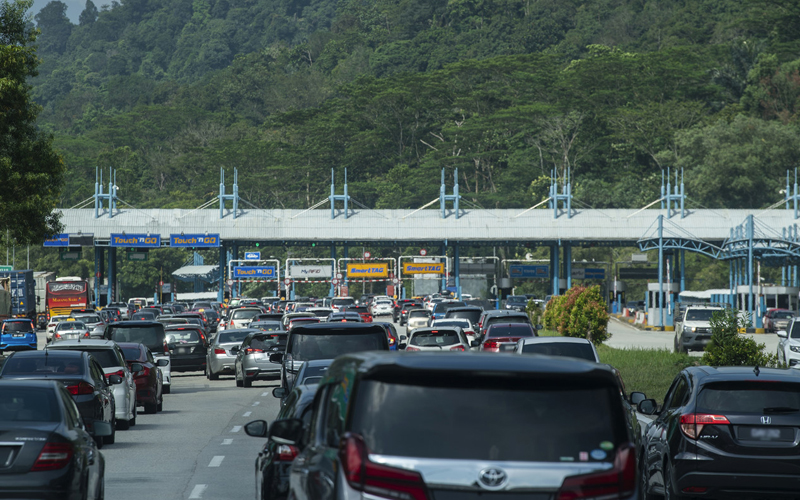 KUALA LUMPUR: The “balik kampung” rush out of Klang Valley ahead of the Aidiladha celebration tomorrow has been in full swing since this morning.

Traffic volume on major highways from the federal capital to the north, east and south of the peninsula was reported to be heavy as people took the opportunity of the long weekend break to be back in their hometowns for the celebration.

A Malaysia Highway Authority (LLM) spokesman said the increase in vehicles on the highways which started at 6am is expected to last until midnight.

He added that the highway concessionaires have also stationed Rela members and auxiliary police at toll plazas identified as congestion “hotspot” areas.

“The Rela members are stationed to help toll users if their cards have problems while the auxiliary police will use motorcycles to monitor traffic congestion ahead,” he said when contacted by Bernama.

Meanwhile, LLM reported slow traffic flow towards the East Coast before and after the Gombak Toll Plaza heading to Bukit Tinggi this morning.

On the East Coast Highway, traffic was reported to be slow moving over a 5.3km stretch from Lancang to Temerloh.

It was the same situation on the North-South Expressway (PLUS Highway) northbound from Sungai Dua to the Sg Dua Toll Plaza and from the Rawang R&R to Sungai Buaya.

Down south, traffic flow was slow from Putra Mahkota to the Seremban R&R, Senawang to Pedas Linggi and Bukit Gambir to Pagoh. On the ELITE Highway, traffic was also moving slowly from Bandar Serenia to Nilai.

Vehicles were also reported to be moving slowly on the LINKEDUA Highway after Tuas, Singapore to the Sultan Abu Bakar Complex, Johor.