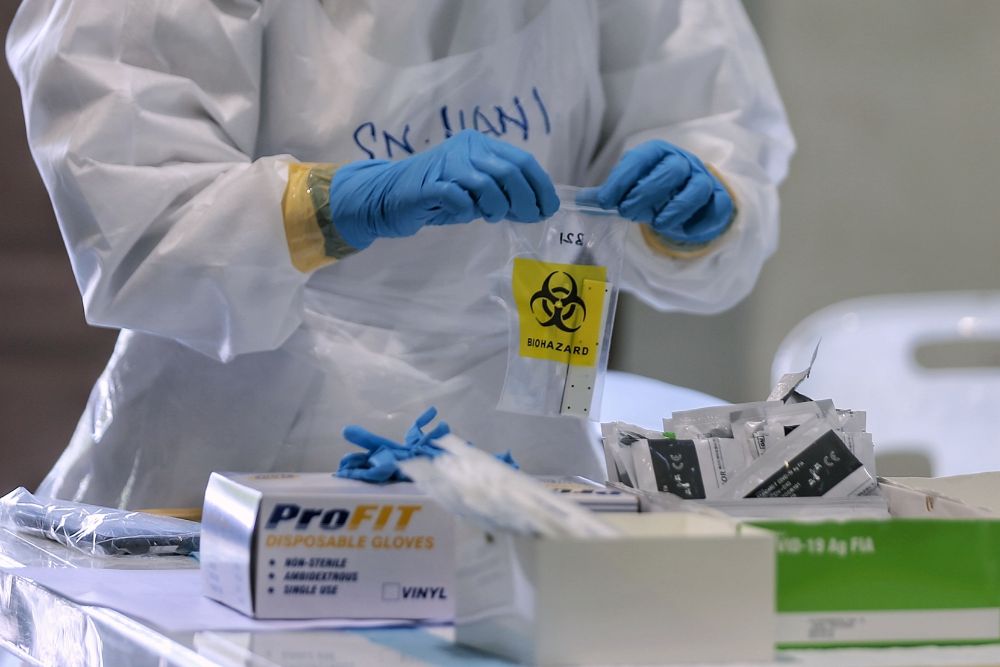 KOTA KINABALU (June 26): After a week of an upward trend in the number of Covid-19 cases, Sabah saw a bout of respite after the number of infections dropped by 41 per cent on Sunday with 113 cases.

According to state Covid-19 spokesperson Datuk Seri Panglima Masidi Manjun, this was a reduction of 79 cases compared to the 192 cases logged on Saturday.

The high number of decline in cases however does not necessarily mean that the situation has improved, he stressed.

Masidi said a major factor contributing to the decline in cases reported today was the smaller number of samples sent for testing on weekends compared to weekdays.

“Today, there were only 1,710 samples for testing compared to 2,044 yesterday,” he disclosed, adding that the number of test samples to some extent determines the number of daily cases reported.

“The huge decline of cases recorded by some districts also helped reduce the number of daily cases in Sabah today. New cases in Penampang dropped by 38 cases, Tawau dropped by 11 cases, Kota Kinabalu dropped by eight cases and Sandakan dropped by five cases,” he said.

The number of districts not reporting any new cases also increased from 12 to 18 today and among the districts are Tawau, Keningau, Tenom, Sipitang, Tambunan, Putatan, Kota Marudu and Lahad Datu.

Of the total 113 cases, only one is in Category 4 while the rest are in Categories 1 and 2.