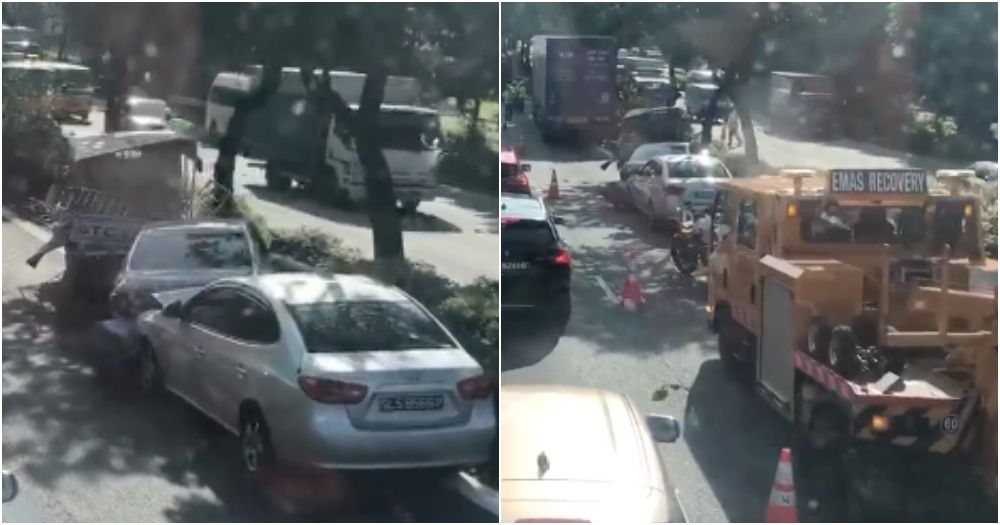 SINGAPORE, June 26 (The Straits Times/ANN): Nine people, including a 56-year-old female cabby, were taken to hospital on Sunday morning after a three-car collision along the Pan-Island Expressway towards Tuas.

The police and Singapore Civil Defence Force (SCDF) said they were alerted to the crash involving a taxi and two cars after the Adam Road exit at about 9.30am.

All were conscious when taken to the hospital.

A video posted on social media showed at least two police cars, an ambulance, a fire engine and another SCDF vehicle at the scene, which was close to Adam Flyover.

Traffic cones were used to close off the three right-most lanes of the expressway.

Alerts by the Land Transport Authority said there was congestion until Stevens Road exit about 1km away and warned motorists in the area to avoid lanes 1, 2 and 3.

Debris from the accident can be seen scattered on the road.