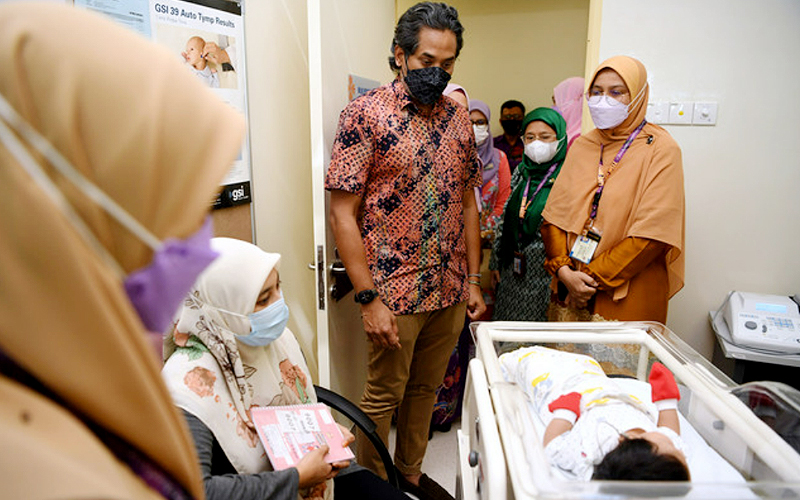 REMBAU: Health minister Khairy Jamaluddin says a new wave of Covid-19 infections in the country may occur earlier than expected based on a rise in the number of daily cases.

Khairy said Malaysia was prepared for the new wave and stressed that his statement was not to cause panic among the people but to serve as a preventive measure to control the transition to the endemic phase.

“I think perhaps the wave will be earlier than our current predictions.

“For instance, cases today have exceeded 2,700. Previously, we were at a level of 1,000 to 2,000 daily cases, but it has exceeded 2,000 cases in the last two or three days,” he told reporters after officiating the otorhinolaryngology (ORL) service and sleep lab at Rembau Hospital here.

Media outlets previously reported Khairy as saying that the new wave was predicted to occur within the next two or three months.

Khairy said two new clusters had emerged and there had been a rise in cases in all states, except Selangor, Johor, Kedah, and Terengganu, all of which registered a slight dip.

He urged those aged 60 and above to take their Covid-19 booster shots as a precaution against the next wave.

“Although we have entered the transition stage, Covid-19 isn’t over and is still with us. This is what we have to get through.

“That’s why we must maintain public health preventive measures,” he added.

Khairy also said that no monkeypox infections had been detected.