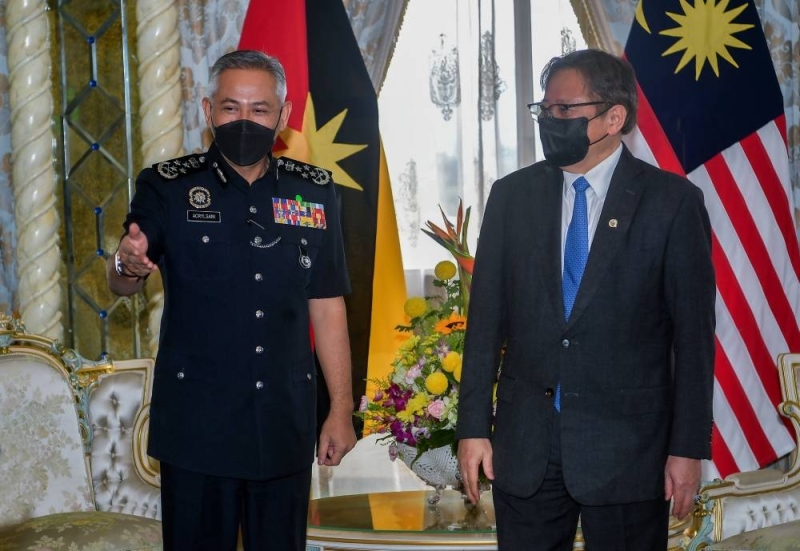 KUCHING, June 22 — The locations for seven new border control posts for the General Operations Force (GOF) in Sarawak will be finalised in the near future, said Inspector-General of Police Tan Sri Acryl Sani Abdullah Sani.

He said police had also obtained the views of Sarawak Premier Tan Sri Abang Johari Openg to get mutual agreement on the locations of the posts along the Kalimantan-Sarawak border.

According to him, the allocation to build the new border control posts has also been approved by the government and it should be spent this year.

“Therefore, we discussed with Abang Johari to ensure that the locations of these posts are really suitable, strategic, and able to play their functions and roles well.

“In addition, we also want the posts to provide basic police services such as a place to lodge police reports for residents living in the area near the post,” he said.

He said this to reporters after paying a courtesy call on Abang Johari at Wisma Bapa Malaysia here today.

Commenting further, Acryl Sani said police were also in discussions with the Sarawak government to build border patrol roads to enable authorities such as the GOF to conduct patrols.

Meanwhile, commenting on the strength of personnel in Sarawak, he said a new GOF Battalion in Sri Aman would be opened to strengthen membership and control in the state.

“The efforts to open the GOF Battalion in Sri Aman are now in the final stages where we are getting positions filled. Once it is operational, we will be able to further strengthen control in Sarawak,” he said. — Bernama