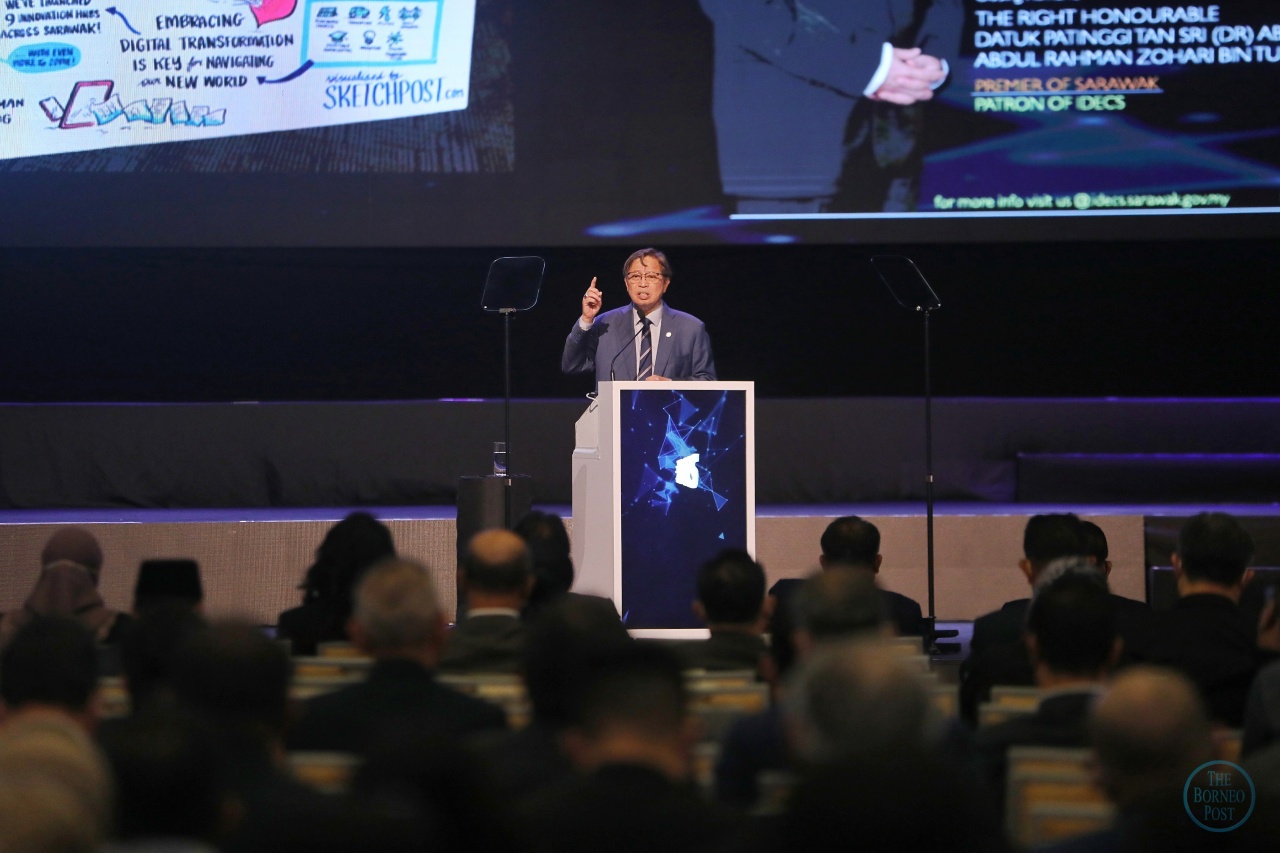 KUCHING (June 21): Sarawak is expected to produce 100,000 tonnes of hydrogen by 2025 and 2026 through collaborations with foreign companies investing in the sector, said Premier of Sarawak Datuk Patinggi Tan Sri Abang Johari Tun Openg.

“Out of 100,000 tonnes, 10,000 tonnes will be retained in Sarawak for domestic industrial use,” he said in his closing speech at the 5th International Digital Economy Conference Sarawak (IDECS) 2022 at Borneo Convention Centre Kuching (BCCK) here yesterday.

Abang Johari said after exploring all the alternatives, the Sarawak government found that the energy for the future is hydrogen.

He said scientific input showed that Sarawak has the advantage especially with water from the rivers and rain.

“It is not easy to talk about hydrogen to the public, especially to the generation that had seen the Second World War. The moment you mention hydrogen they think it’s hydrogen bomb. They are not aware of this technology, but you and I who have the opportunity of education, we know that it is feasible.

“The only thing is the cost of production. We will keep on exploring hydrogen in terms of our resources,” he said.

Abang Johari noted however, energy transition cannot be confined to hydrogen, with the need to find other alternatives.

“There is a new process of capturing carbon and storing carbon. It is not easy to store carbon unless you have the right geological formation. There must not be any movement of the earth, it must be outside the Ring of Fire and there must be a huge capacity to store carbon.

“According to experts, only four places in the world (can store carbon) and one of the four is in Borneo, in Sarawak. We got the space for storing carbon. We have the means to mitigate carbon emission through new hydrogen economy and we have the space to store carbon,” he said.

Later at a press conference after the closing ceremony, Abang Johari said apart from hydrogen, Sarawak also has the potential to be a carbon storage for carbon-affected countries.

He explained that Sarawak is very lucky to have areas that are very suitable for carbon storage, because it is outside the Ring of Fire that may cause landslides and volcanic eruptions.

However, he said all of these activities need data, which would need to be translated as resources for Sarawak.

“We use the data that we have translated for our economic activities and with that, I am confident that Sarawak will be able to produce important materials in the transformation of the world today, especially in the transition of energy.

“By 2030, Sarawak will be fully ready for the energy transition, which is the key to the future of the state,” he said.