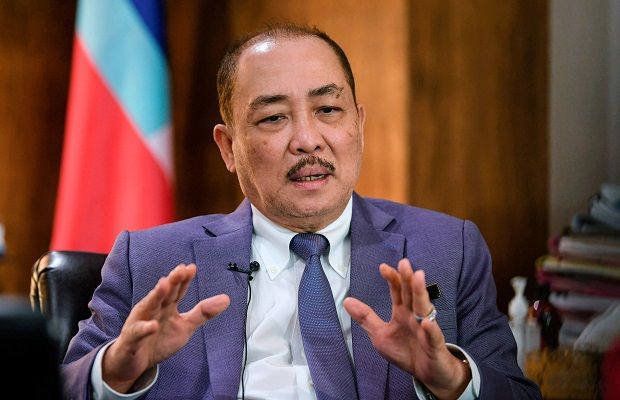 The progress is not far from the national performance level which is at 36.8% at present, said Sabah Chief Minister Datuk Seri Hajiji Noor.

The RM5.254bil involved 1,098 approved projects, he said in a statement after chairing the state development action committee meeting here on Tuesday (June 21).

“I still want to see all state ministries and agencies to give attention and take follow-up action on development projects so we can catch up to the progress at national level.

“If any measures are not working, find a new method so that the projects can be executed swiftly,” he said.

In a related development, Hajiji said he would like to see coordination between federal and state agencies involved in the hard-core poor housing programme (PPRT) here.

“This is important since the demand for PPRT houses in Sabah is high.

“I was informed there are 710 PPRT units to be built in Sabah this year, and this is not enough as we requested 2,000 units but only 710 units have been approved.

“The state government, however, will continue to request for more PPRT houses to be built in Sabah,” Hajiji said.

On another matter, he said agencies or departments involved in the 69 sick projects in Sabah must give them serious attention.

“If it is due to the state government’s agencies’ side, I want them to speed up the projects and give due cooperation as projects like schools and hospitals are for the people.

“We will also attend to the issue of late payments if there is any, and take action against errant contractors.

“I have also asked that powers be given to federal officers in Sabah if it involves federal projects, so that faster decisions can be made and projects completed on time,” he added.

“This is because the construction area of the track has topography issues with landslides, riverbank erosion and flooding risks.

“These matters were not taken into account during the project allocation approval, showing a weakness in project planning,” he added.

At the same time, Hajiji said he wanted to see the Customs, Immigration, Quarantine and Security Complex project execution in Serudong, Kalabakan be given priority.