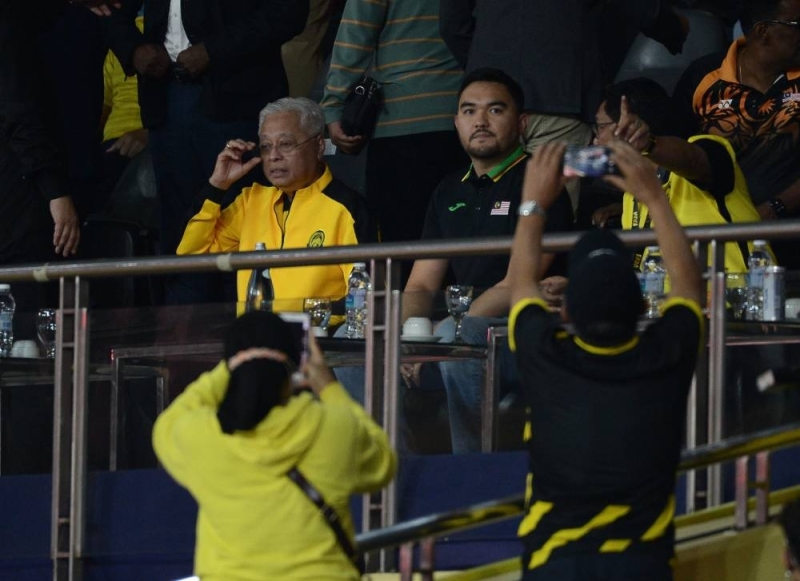 He arrived at the Harimau Malaya ‘den’ at 8.45 pm and was greeted by Football Association of Malaysia (FAM) president Datuk Hamdin Mohd Amin and other leaders of the national football governing body.

The atmosphere at the stadium was electrifying, as loud cheers and singing fill the air, accompanied by the continuous drumming by the over 60,000 ardent fans of the national football squad that flooded the stadium, since 6 pm today.

Malaysia, ranked 154th in the world, and Bahrain (ranked 89th) began their qualifying campaigns well, winning against Turkmenistan 3-1 and Bangladesh 2-0 respectively here on Wednesday, and are tied at three points apiece as joint leaders of Group E.

Kim Pan Gon’s men are hoping to eke out at least a point from tonight’s match to keep their hopes of qualifying to the 2023 Asia Cup alive while Bahrain is unlikely to entertain any thoughts of losing tonight.

Bahrain triumphed over Malaysia 2-0 the last time both teams met in May last year, so tonight’s clash promises to be a very intense and interesting encounter for both teams.

Ismail Sabri even took the time to post on Facebook tonight, revealing that he had the opportunity to meet the Harimau Malaya squad to give them some inspiration to the players before the match began.

“All the best, selamat berjuang! You all carry Malaysia flag…go for it!,” he posted in the 43-second video. He added that the full support of all Malaysians tonight would provide the moral strength for the national squad to achieve victory. — Bernama