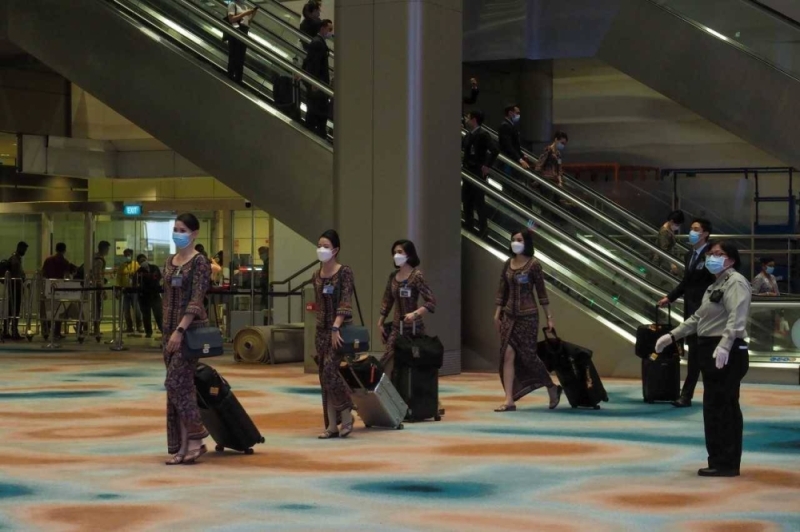 Speaking to reporters during a visit to Terminal 2 today, Transport Minister S Iswaran noted that the authorities had earlier planned to raise the airport’s passenger volume to only some 50 per cent of pre-pandemic levels for this year.

“The growth that we’ve experienced in the last two to three months has been far greater than what we had anticipated to be the case, although we had prepared for the possibility that the recovery will be quite sharp,” he said.

In a press release on Friday, Changi Airport Group (CAG) said passenger traffic levels in the first week of June were already at 48 per cent of the same period in 2019.

CAG said that the reopening moves will mean that the airport will be able to handle pre-Covid levels of passenger traffic by Oct 30, in time for the northern hemisphere winter holiday travel season over late 2022 and early 2023.

Terminals 2 and 4 were closed in May 2020 after the pandemic caused a sharp fall in air travel.

Terminal 2 began reopening in phases from May 29, beginning with mainly peak-hour arrival flights of airlines that had been operating in Terminal 3.

Departure operations will resume in October in the southern wing. Meanwhile, expansion and upgrading works in the northern wing will continue and are expected to be completed by 2024.

Mr Iswaran attributed the strong recovery in air travel to Singapore’s major border reopening measures earlier this year as well as similar moves in many other countries around the world.

He stressed that although the airport is expecting to be able to handle pre-Covid levels of 70 million passengers a year, actual passenger traffic may not actually hit those levels when the terminals reopen.

“This is more planning for capacity,” he said.

“We want to make sure that even as we accommodate these sharp increases in travel volumes, we do so in a manner that does not diminish the Changi experience that we are known for. And I’m quite confident that all the parties involved are very focused on this.” Mr Iswaran said that the Government is working with aviation firms to bring in more manpower to support the resumption of airport operations.

The strong interest at the aviation career fair last month was a good sign, he said, that Singaporeans are attracted to the aviation sector.

But he added that it is also important to bring back the foreign staff at the airport, which he said was something the authorities and the aviation firms continue to be focused on.

“Now as we recover, there’s greater optimism and enthusiasm, and now it’s about doing their best to make sure the Changi brand and experience lives up to its reputation,” he said.

While some time will be needed to sign new leases with tenants at Terminal 4, CAG expects there to be a “small number” of retail as well as food and beverage outlets to serve passengers when the terminal reopens in September.