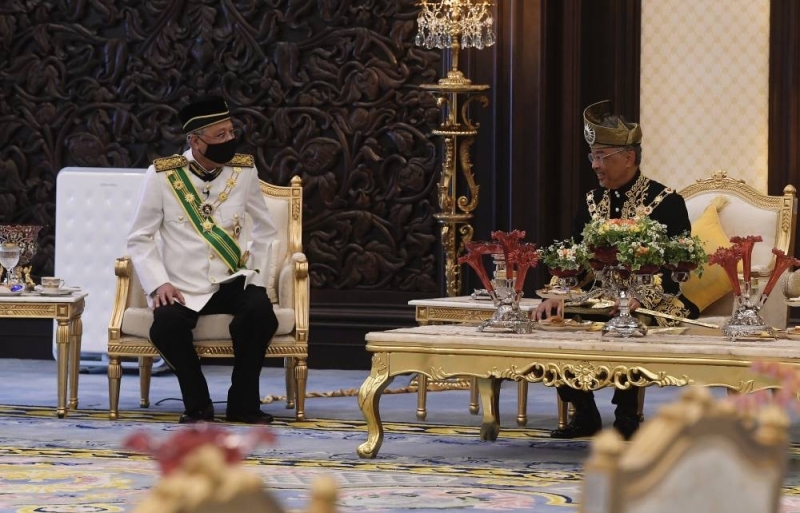 He said this is in line with the government’s commitment to boost their performance and further stimulate domestic direct investment.

“For example, during the first quarter of 2022, foreign direct investment recorded a net inflow of RM24.4 billion from RM18.4 billion in the fourth quarter of last year.

“Total trade expanded by 23.6 per cent to RM624.9 billion, while net foreign fund inflow remained steady at RM7.4 billion to-date,” he said in a congratulatory speech at the investiture ceremony of Federal Territories awards, medals, and honours at the Istana Negara here today.

The ceremony was held in conjunction with the official birthday celebration of the Yang di-Pertuan Agong Al-Sultan Abdullah Ri’ayatuddin Al-Mustafa Billah Shah.

Ismail Sabri said the government’s efforts to revive the economy post-Covid-19 pandemic are increasingly bearing fruits and are seeing a strong momentum.

“The national economy recorded a 3.1 per cent growth in 2021 compared with a 5.6 per cent contraction in the preceding year. This year, the government is committed to drive the economy towards a growth of between 5.3 per cent and 6.3 per cent as projected,” he said.

The Prime Minister said the border reopening is also assisting economic recovery efforts, especially in the tourism sector with the rise in inbound tourist arrivals.

“Two million foreign tourists are expected to visit Malaysia this year, which would contribute RM8.6 billion to the national economy,” he added. — Bernama