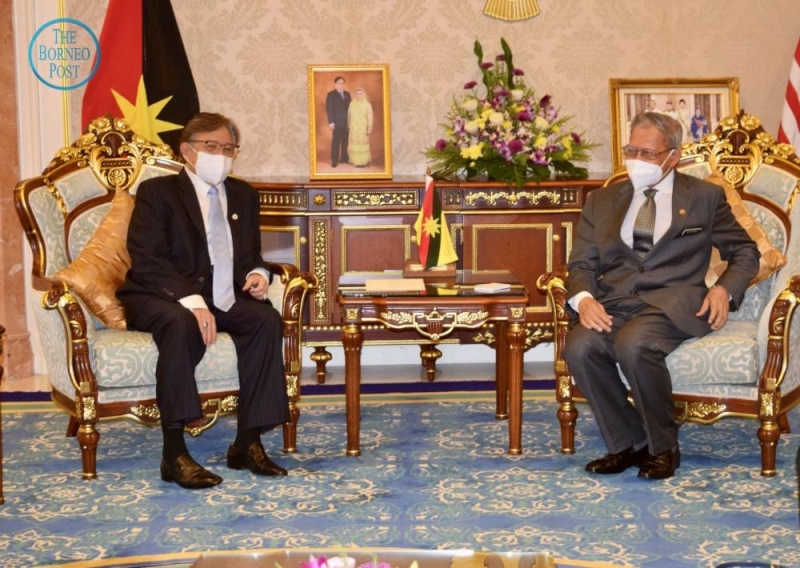 KUCHING, May 25 — The federal government is committed to continue discussions with the Sarawak government on the special grant quantum given to the state every year, said Datuk Seri Mustapa Mohamed.

The Minister in the Prime Minister’s Department (Economy) said a special council chaired by Prime Minister Datuk Seri Ismail Sabri Yaakob was set up to discuss the annual special grant and agreements had been reached for some related matters.

“We are informed of the suggestions proposed by Sarawak Premier Tan Sri Abang Johari Openg and the council will continue the discussions based on existing laws and the Federal Constitution,” he told a press conference after paying a courtesy call on Abang Johari at the State Legislative Assembly (DUN) Complex today.

Mustapa said the council, of which both Abang Johari and he are members, last met last month.

On Monday, Deputy Minister in the Premier of Sarawak’s Department (Law, MA63 and State-Federal Relations) Datuk Sharifah Hasidah Sayeed Aman Ghazali told the august House the state government had submitted a formula to Putrajaya for the review of the special grant under Article 112D of the Federal Constitution.

He said 10 areas in Sarawak had been chosen to participate in the first phase of the Keluarga Malaysia hardcore poverty eradication (BMTKM) programme, which began this month.

He said the holistic strategy aimed to eradicate hardcore poverty in the country by 2025.