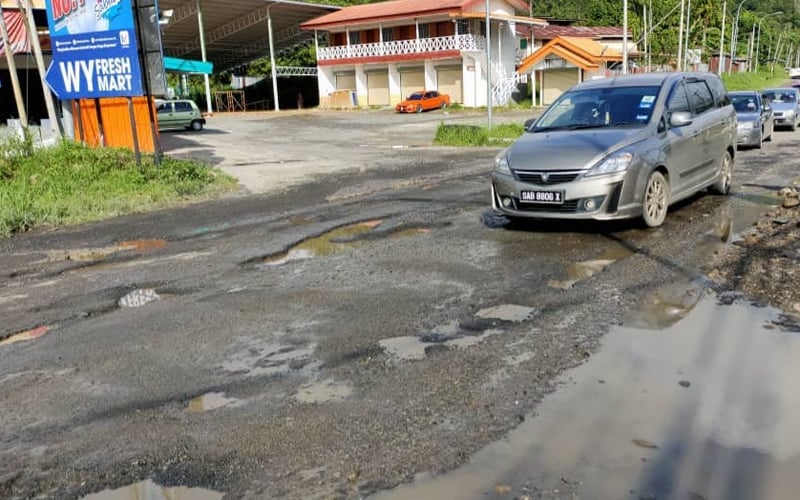 Noting that every road constructed had a certain service life, Ali said there was a need to rebuild those that have expired as these can be easily damaged and are difficult to maintain.

According to Bernama, Ali said overloaded lorries coupled with the roads’ expired service life were among the reasons that roads in Sabah were easily damaged, particularly in rural areas.

Some vehicles would be overloaded with oil palm fruits or timber, he said, and would use the roads in the wee hours of the morning and had communication equipment to avoid the authorities.

“Much of the strength of a road depends on the structure, comprising stone layers, namely, the sub-base or road base.

“The structure does not have soil (between the layers) but, when an overloaded vehicle passes over, it becomes compacted and soil enters. Subsequently, the road’s thickness decreases, weakening the road’s structure.

“Undeniably, sometimes the quality of the road construction is also an issue as the construction was not supervised well. As such, the road is easily damaged. But the most critical issue is overloaded vehicles,” he said.

Ali maintained that all relevant parties, even oil palm entrepreneurs and the local community, needed to work together to prevent the overloading vehicles from damaging the roads.

“This does not mean that no road maintenance is done. It is done but the problem is that we also have allocation constraints,” he added.