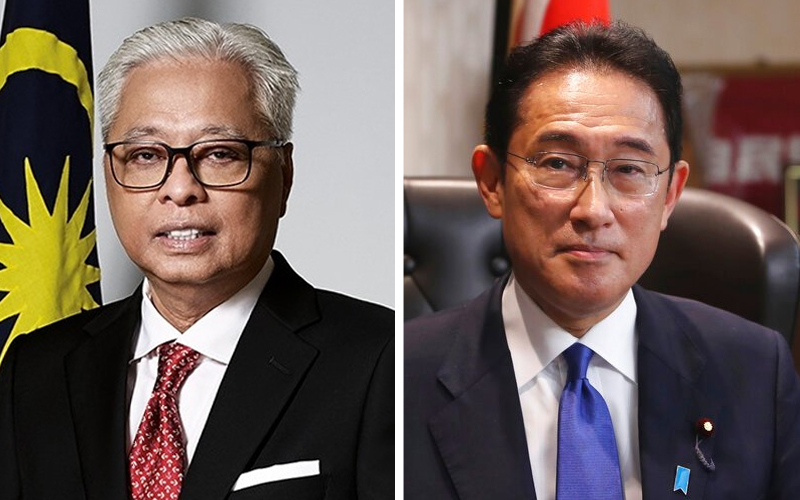 The visit is the first to Japan for Ismail after being appointed as prime minister last Aug 21, Bernama reported.

Ismail is scheduled to meet with his Japanese counterpart, Fumio Kishida, who was appointed prime minister last October.

On April 20, Ismail and Kishida held a Japan-Malaysia summit and spoke on the phone on various regional and international issues.

Nor’ Azam said among the matters to be discussed during the Friday meeting would be bilateral ties, including cooperation related to Covid-19, reopening of borders and the setting up of Tsukuba University in Malaysia.

Although Malaysia had reopened its international borders last April 1, Japan has yet to fully do so.

“The visit will also mark the 40th anniversary of Malaysia’s Look East Policy, which has brought about a huge impact in strengthening the bilateral ties between Malaysia and Japan,” he said.

During the meeting, both leaders would witness the signing of three memoranda of cooperation between Malaysia and Japan.

Ismail will also deliver a keynote address at Nikkei’s 27th International Conference on the Future of Asia in Tokyo themed “Redefining Asia’s Role in a Divided World” on Thursday.

He will also hold meetings with corporate leaders and businessmen from several leading companies in Japan to draw further investments to Malaysia.