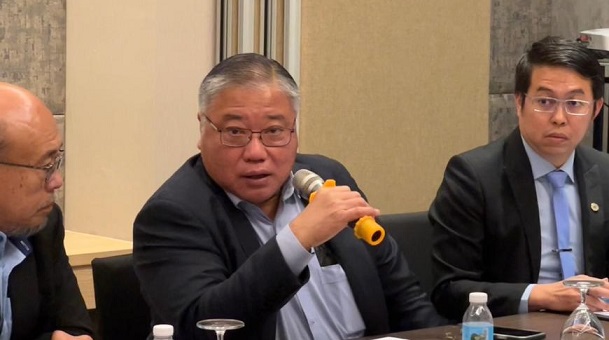 KOTA KINABALU (May 11): The State government will be presented with a final proposal to develop Sabah’s first Free Zone (FZ) for the East Coast to attract foreign investors, expedite economic growth and strengthen the state’s regional influence.

This was revealed at a dialogue between the Malaysia-China Business Council (MCBC) and state-owned POIC Sabah Sdn Bhd here on Tuesday.

(A FZ is a special economic zone where goods may be imported, stored, handled, processed, and repacked reconfigured and re-exported under special customs regulation and generally not subject to customs duty.

Penang and Johore are among states with FTZs.)

POIC Sabah is the developer of the POIC Lahad Datu industrial park and port (used to be known as Lahad Datu Palm Oil Industrial Cluster) which is being seen as a key driver to making Sabah’s east coast a new economic growth area.

MCBC chairman Datuk Seri Tiong King Seng, who is also the Malaysian Prime Minister’s Special Envoy to China, and a delegation from MCBC were on a return visit to Sabah when they met up with POIC Sabah management team headed by its chairman, Datuk Seri Panglima Yong Teck Lee and Chief Executive Officer Datuk Fredian Gan.

Permanent Secretary of the Ministry of Industrial Development and director of the Matrade and MIDA
Sabah were also present.

Tiong last met with POIC Sabah officials in March 2021 where he, among other things, proposed that POIC also must look seriously into the setting up of a Free Industrial Zone in Lahad Datu industrial park to boost up investment, and pledged MCBC’s help in promotion and facilitation with China investors.

Briefing the MCBC through the Ministry of Industrial Development on what has taken place since, Gan said POIC Sabah is tabling a final proposal to the State Cabinet for the State to apply for a FZ license from federal authorities. It envisages the development of more than 1,000 acres of coastal land not far from POIC’s port facilities for the pioneer project.

The FZ is in sync with POIC Sabah’s plan to develop Sabah’s east coast into a logistics hub of BIMP-EAGA by leveraging on POIC Lahad Datu’s strategic position within the BIMP-EAGA region, modern port facilities, access to abundant natural resources from neighboring countries and location along the Lombok-Makassar shipping route.

Gan said POIC Sabah appreciated Tiong’s prompting and sharing of his experience in the implementation of the other Klang Free Zone projects as well as what he learnt from dealing with the key person behind Dubai’s massive Free Trade Zone project.

His appreciation extended to the assurance given to help raise the issue in getting approval from the Federal government for the establishment of FZ in POIC Lahad Datu.

He also took the opportunity to express gratitude to Tiong for bridging a collaboration between POIC Sabah and China Construction Bank (CCB) that culminated to the signing of a Strategic Collaboration Agreement on 8 April 2022.

Tiong hailed the idea of building an international airport, a maritime academy and a transportation hub in Lahad Datu, stressing that  connectivity was vital to promoting trading and link-up to markets.