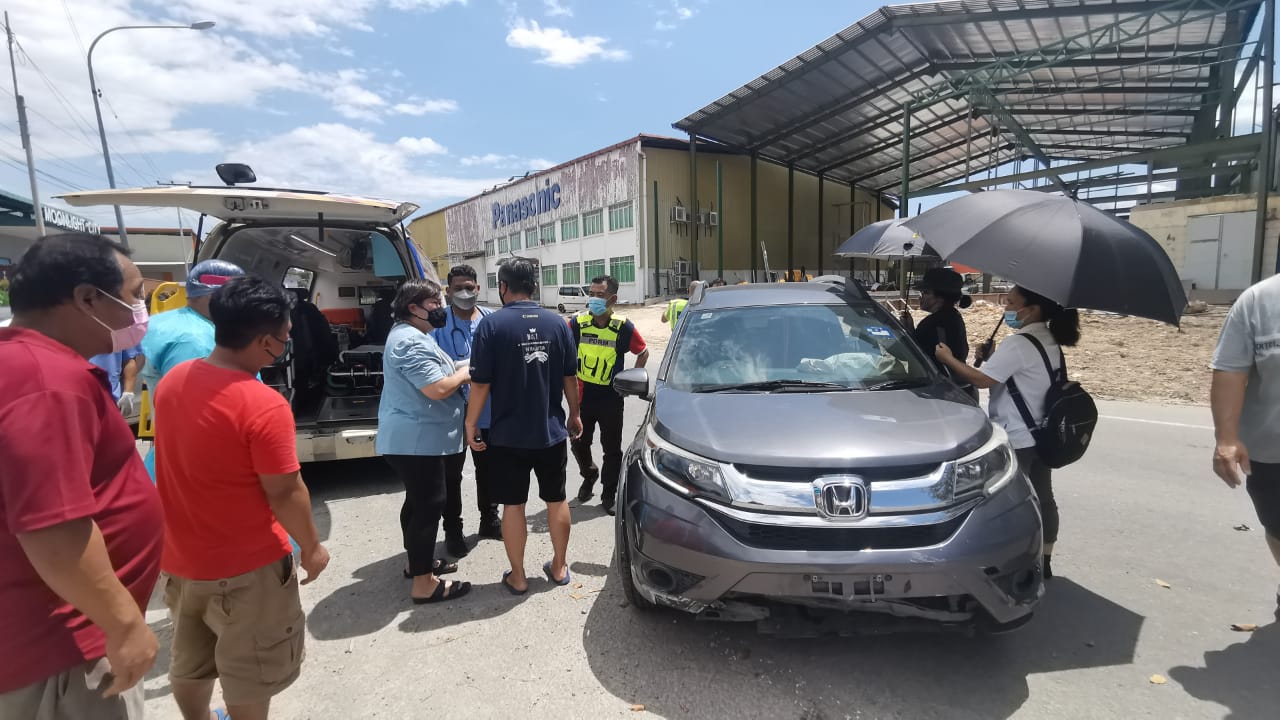 KOTA KINABALU (May 6): Sabah Progressive Party (SAPP) renewed its call to the government to set up its own call centre for Sabah to ensure fast and efficient response in emergency situations.

Presently, calls to the Malaysia Emergeny Response Services 999 (MERS 999) system of Sabah is being relayed to Kuala Lumpur before it is passed to Sabah authorities. MERS999 includes five departments like the Police, Fire and Rescue Department, Malaysia Civil Defence Force, Hospital and Maritime.

“This is a ridiculous situation as though Sabahans’ lives don’t matter,” said SAPP vice president Gee Tien Siong in a statement yesterday.

He said that Lew Kok Fai, a 54-year-old baker from Perak who died after an accident in Kolombong, could have been saved if not for the delay in help due to the slow response from the call centre in KL.

Unnecessary time was wasted and as a result a life had been lost.

Gee mentioned that SAPP deputy president Edward Dagul had made a call in September 2021 for a stop to emergency calls diverting to KL which was ridiculously impractical and slow. Edward had said that the lives of four family members who were burnt to death in Taman Hungap Penampang at the time could have been avoided if not for the miscommunication and the precious minutes or seconds lost in dealing with MERS 999 based in KL.

Gee said that it is necessary for the Sabah government set up its own emergency call centre to deal with these emergencies so as to avoid the response delay, confusion and miscommunication crucial in saving lives.

“Let us not allow the loss of lives to occur repeatedly due to the inefficiency of the system.

“If the authorities fail to prioritize the lives of Sabah. SAPP will resort to further political action and legal action to compel the authorities to have an efficient local emergency call centre for the people in Sabah,” he said.

In September, there were claims that firefighters lost precious time in responding to a blaze that killed a family of four in Taman Hungab, Penampang, as the distress call had to be routed to Putrajaya first under the system.

This prompted Sabah Chief Minister Datuk Seri Hajiji Noor to call for an overhaul of the MERS999 system, as it was centralised in Putrajaya.

Meanwhile, Warisan has called upon the GRS to take full responsibility for the second fatal incident over MERS 999’s failure.

Its Luyang Branch chief, Samuel Wong, said this is the second public outcry following another death in September last year.

“When is the GRS government going to wake up to immediately address this important MERS999 issue?

“How many more lives will be taken due to this illogical, irresponsible, inefficient emergency call system?”

“Why can’t GRS immediately set up its own MERS999 centre like what Sarawak did after last September’s incident?” he said in a statement yesterday.

Samuel added GRS should have had its priorities right instead of spending millions on billboard advertisements to boost its image.

“Does it cost a lot to set up our own Sabah MERS 999 centre? GRS is willing to spend millions on unnecessary Sabah Maju Jaya billboards, yet cannot get its priorities right on Sabahans’ lives which matters more.”

“What kind of Sabah Maju Jaya is Sabah getting when we cannot even have our own emergency call centre to immediately dispatch ambulances, bomba and the police in the event of an emergency?

“We live in the 21st century and we are still dealing with this absurd issue?

“The same cause of delay in this ridiculous system had caused the deaths of a family of four in a Penampang fire last September,” he added.

For the record, Warisan had in September 2021 came out strongly condemning the illogical and ineffective MERS 999 system which resulted in the delay in dispatching the Bomba to the fire scene.

“A delay in just mere minutes cost Sabah four precious lives. And yet the GRS government never learned from this unfortunate and unwarranted incident.”

Elaborating on Federal-State relations, Samuel contended that Federal ministers representing Sabah should be more proactive as the Federal Government has constantly displayed a lackadaisical attitude towards Sabah’s needs.

“It is an open secret that the Federal Government is not sensitive towards the urgent needs of Sabahans. Sabah is always left behind in all sorts of development.

“But what have our Federal ministers done all these while?”

“Are they sleeping on the job and enjoying their fat salaries and perks inside their air-con offices, while Sabahans’ lives are lost?

“These millions of ringgit can easily be used to set up our own emergency call centres, build more roads, bridges and other infrastructures which are badly needed in Sabah.

“GRS government must take responsibility to address the dire needs of Sabahans.

“Act now before another precious life is lost?” he said.

Warisan vice-president Datuk Junz Wong  also questioned why emergency calls in Sabah to the MERS999 system are still being diverted to authorities in the peninsula.

Junz said this issue needed to be rectified as soon as possible as the delay in handling emergency calls only put Sabahans’ lives at stake.

“Why should the line be diverted to (Putrajaya) instead of Sabah’s own call centre? Why can’t such a simple thing be resolved?

“This is ridiculous and unacceptable. How many more lives have to be sacrificed?” he said in a Facebook post yesterday.