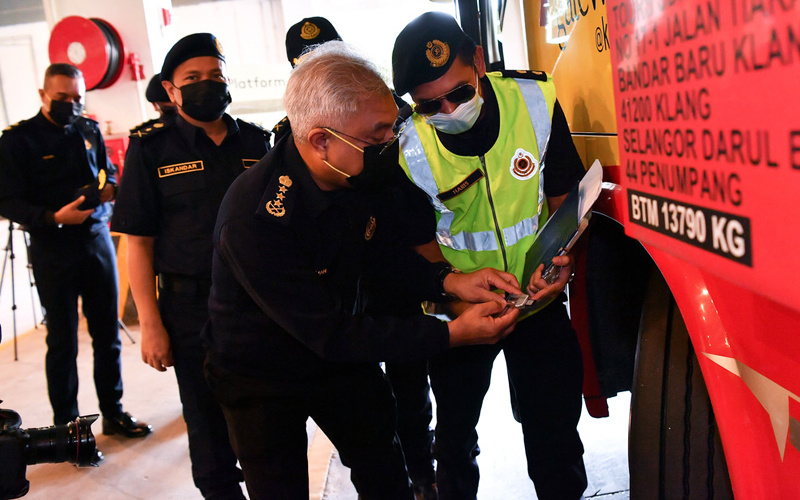 All the summonses were issued after JPJ had inspected 44,737 vehicles since the operation began on April 29.

JPJ senior director of enforcement Lokman Jamaan said this showed that there were still many drivers who disobeyed the traffic rules even though police had previously reminded drivers to abide by the rules.

“We hope that for the next few days before the Op HRA ends on Sunday (May 8), road users will comply with the rules and there will be a reduction in traffic offences,” he said.

Lokman said this to reporters after conducting a special inspection at the Genting Highlands Bus Terminal in Pahang today.

Meanwhile, in JPJ’s special technical operation, Lokman said a total of 11 buses were inspected and all of them were found to comply with the rules.

“JPJ is very strict with express and tour buses ferrying passengers to Genting Highlands, bearing in mind it is a difficult road (with dangerous twists and turns),” he said.

At the same time, Lokman said a total of 77 depots and 28 bus terminals were also inspected during the Op HRA.

During the inspection, three bus drivers tested positive for drugs, he said, adding that the department took immediate action by suspending their driving licences.

He said action was also taken against 27 heavy vehicles that violated the ban on being on the road during the festive period.