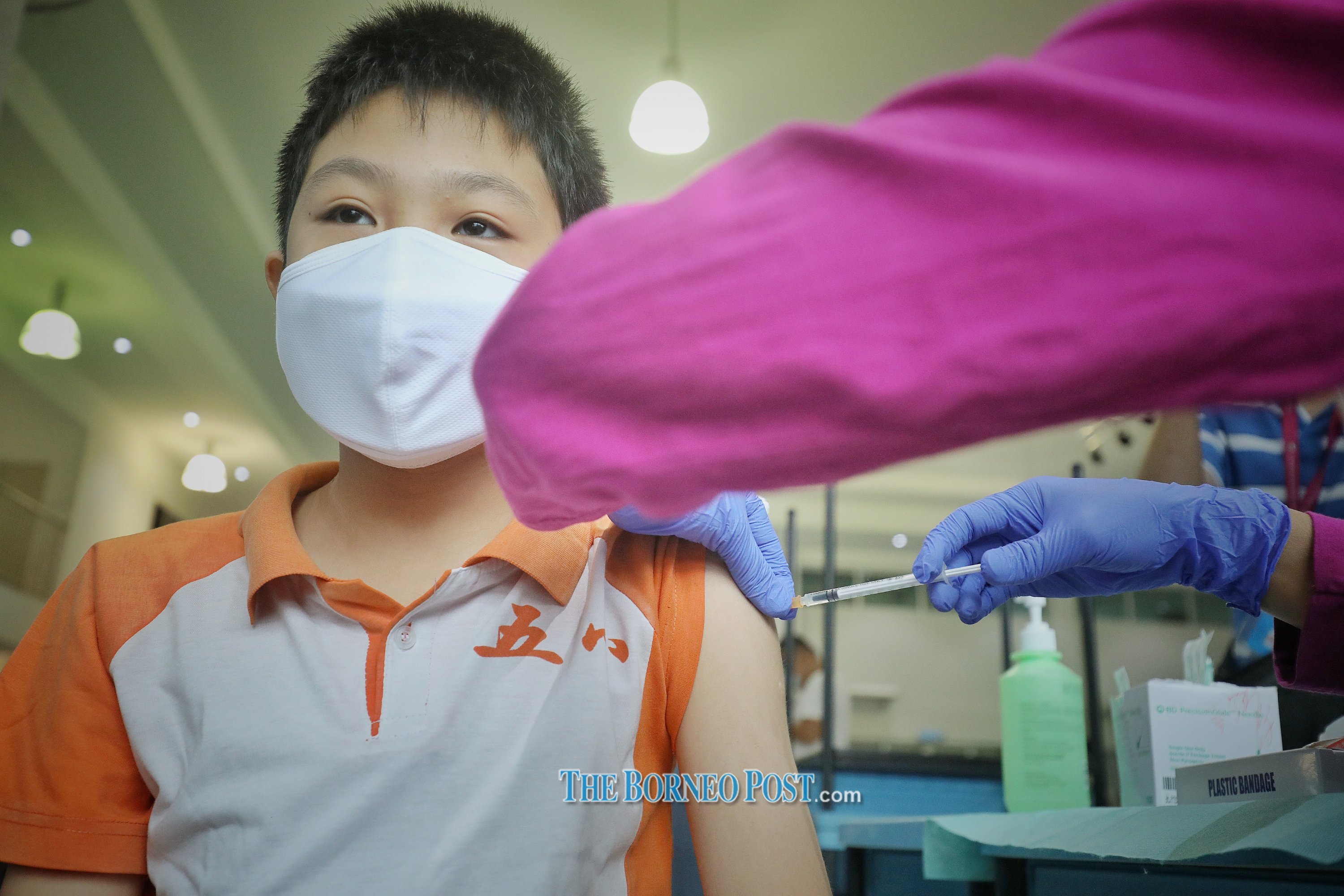 KUCHING (May 5): More than 52 per cent of children aged five to 11 in Sarawak have been fully vaccinated against Covid-19, according to the Ministry of Health’s CovidNow website.

As of Tuesday, 52.6 per cent of Sarawak’s children of this age group had been administered two vaccine doses, while 81.6 per cent of them had received at least the first dose.

These were far higher than the national rates of 24.6 per cent – fully vaccinated – and 43.3 per cent – at least the first dose.

Sarawak has been leading the National Covid-19 Immunisation Programme for Children (PICKids) since the roll-out of the vaccination exercise.

For adolescents aged between 12 and 17 in the state, a total of 93.4 per cent have been fully vaccinated and this was slightly above the national rate of 93 per cent.

In terms of total population, 81.5 per cent of the people in Sarawak had been fully vaccinated, and this was slightly lower than the national rate of 81.9 per cent.

However, 55.5 per cent of Sarawak’s total population have been given the booster dose, and this was well above the national rate of 49.1 per cent.

As of Tuesday, over 6.3 million Covid-19 vaccine doses had been administered to individuals throughout Sarawak.

Of these, more than 2.43 million were first doses, followed by over 2.3 million second doses, and more than 1.56 million booster doses.

On Tuesday, 571 vaccine doses were administered to individuals across Sarawak.