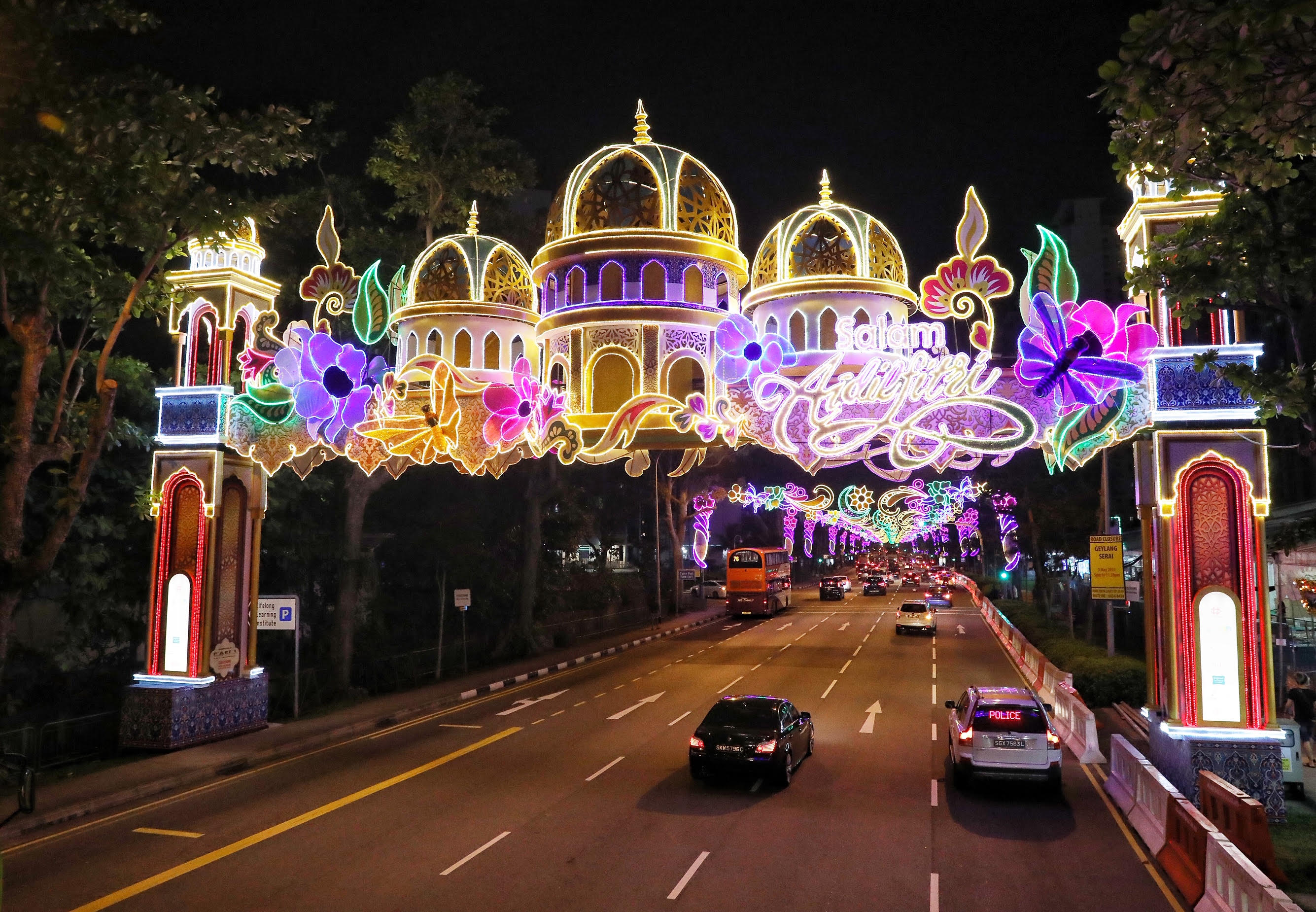 SINGAPORE — Muslims in Singapore will celebrate Hari Raya Puasa on Tuesday (May 3) with Ramadan this year lasting for 30 days, the Mufti of Singapore said in a statement released early Monday morning.

For confirmation, the Office of the Mufti together with experts attempted to conduct a “physical sighting” of the crescent moon. This was unsuccessful as the moon was not visible.

The statement added it was also clear that the western horizon was overcast with clouds during the sighting.

This signifies that Monday will be the end of 30 days of Ramadan, said Mufti Nazirudin Mohd Nasir in a video posted to Instagram.

“As such, I am pleased to announce that the first day of Syawal for year 1443H falls on Tuesday, May 3.”

The climate conditions in Singapore, which are often cloudy, make it generally difficult for the crescent moon to be visible. Thus, Singapore uses a set of criteria commonly agreed upon between the MABIMS countries (Brunei, Indonesia, Malaysia and Singapore), said the Mufti’s office.

This criteria has been reviewed and refined by MABIMS countries since 2017, and was finally revised in 2021.

The criteria is based on more than 700 data points of crescent sightings from around the world. It also considers two parameters during sunset on the 29th day of the month – the elevation of the crescent moon and the degree of elongation of the sun and the moon.

The Islamic Religious Council of Singapore (MUIS) had in October 2021 revised the date for Hari Raya Puasa, also known as Hari Raya Aidilfitri, to May 3, 2022, based on astronomical calculations with the agreed revised criteria.

“The religious authorities of the other MABIMS countries reported that the crescent moon was visible in their sightings at only certain sites in their own territories,” said the Mufti’s office.

Although the result differed, Dr Nazirudin said that all individual results are “valid in their respective contexts” and everyone adhered to the principle that Ramadan in each country did not exceed 30 days.

“Thus, in 2022, not all countries in the world (including Muslim-majority countries) celebrate Ramadan and Aidilfitri on the same dates. Indeed, the crescent moon has also not been sighted in a few other countries, and as a consequence, they will be celebrating Aidilfitri on Tuesday 3 May, like Singapore.”

The Islamic community in Singapore should continue to fast on Monday in order to complete the 30 days of fasting in Ramadan, said the Mufti.