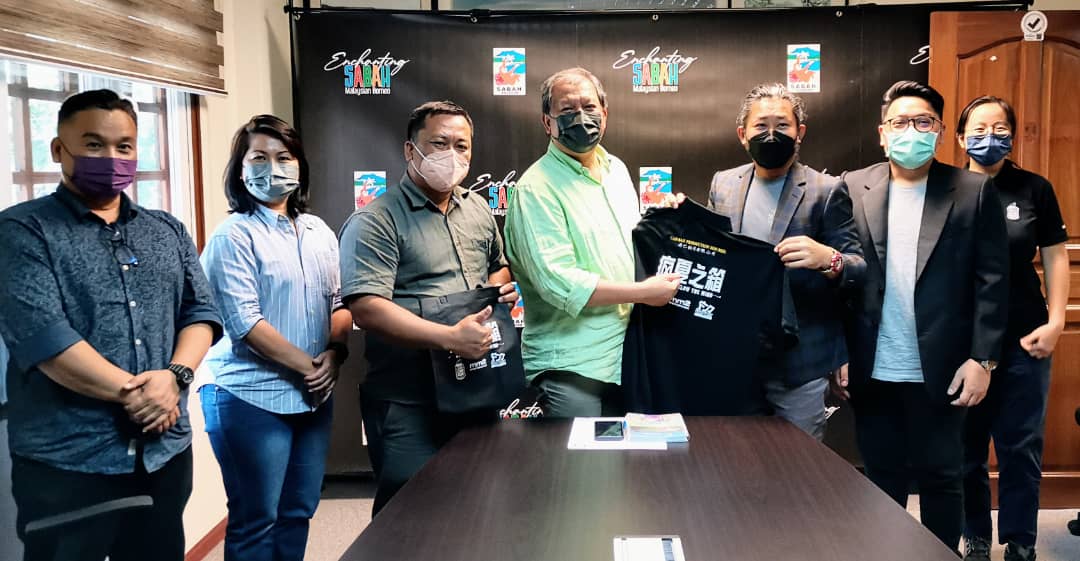 KOTA KINABALU (April 7): The Sabah Tourism Board applauds local filmmakers for their efforts to promote the state and its rural destinations in their work.

They also discussed their plans to showcase Sabah’s charms through movies and the making of a promotional video that would spark the public’s interest in the state.

Among the works are a video clip “Discover Kiulu” and a feature-length Mandarin comedy film ‘Craze Below The Wind’.

“This is a good effort to raise awareness of Sabah’s numerous attractions and stimulate people’s curiosity about them,” said Joniston, who is also Assistant Minister of Tourism, Culture, and Environment.

“Kiulu, for example, has been chosen by the state government as a model for rural tourism, alongside Kadamaian. Kiulu will soon have a tourism information centre, where a video clip like this one can be displayed to showcase what Kiulu has to offer.

“We also hope to see other places featured in film production works. While most rural products are identical, local film producers must also find new attractions to focus on,” he added.

As a part of Borneo, Joniston said Sabah needs to distinguish itself from Sarawak and Kalimantan, where construction of the country’s future capital Nusantara is ongoing.

He added that Sabah Tourism is delighted to work with film producers to promote the distinctive features and aspects of Sabah.

The filming for ‘Discover Kiulu’ should be done by the end of the month, said Chester, who is a producer from Can Bah Production.

He said the 90-second promotional video would also be displayed at the Sabah International Convention Center.
As for the 90-minute ‘Craze Below The Wind’, it will be released in May.

Produced by Can Bah Production, the ‘Craze Below The Wind’ tells a story of two siblings who get into mischief and are forced to journey across Sabah with a mysterious suitcase.

Chester stated that the film’s release has been postponed since 2020 due to the pandemic and it will be screened in 53 cinemas, including in Brunei.

Meanwhile, Katak said the film garnered a positive response during its test showing, with seven out of 10 respondents expressing an interest in visiting Sabah.

“We have engaged 52 crew, and 80 per cent of them are Sabahans. We want to promote tourism through the filming industry as it can provide job opportunities to the locals.

“We hope Sabah Tourism can work with filmmakers to make the film tourism industry in the state a success,” said the film director.