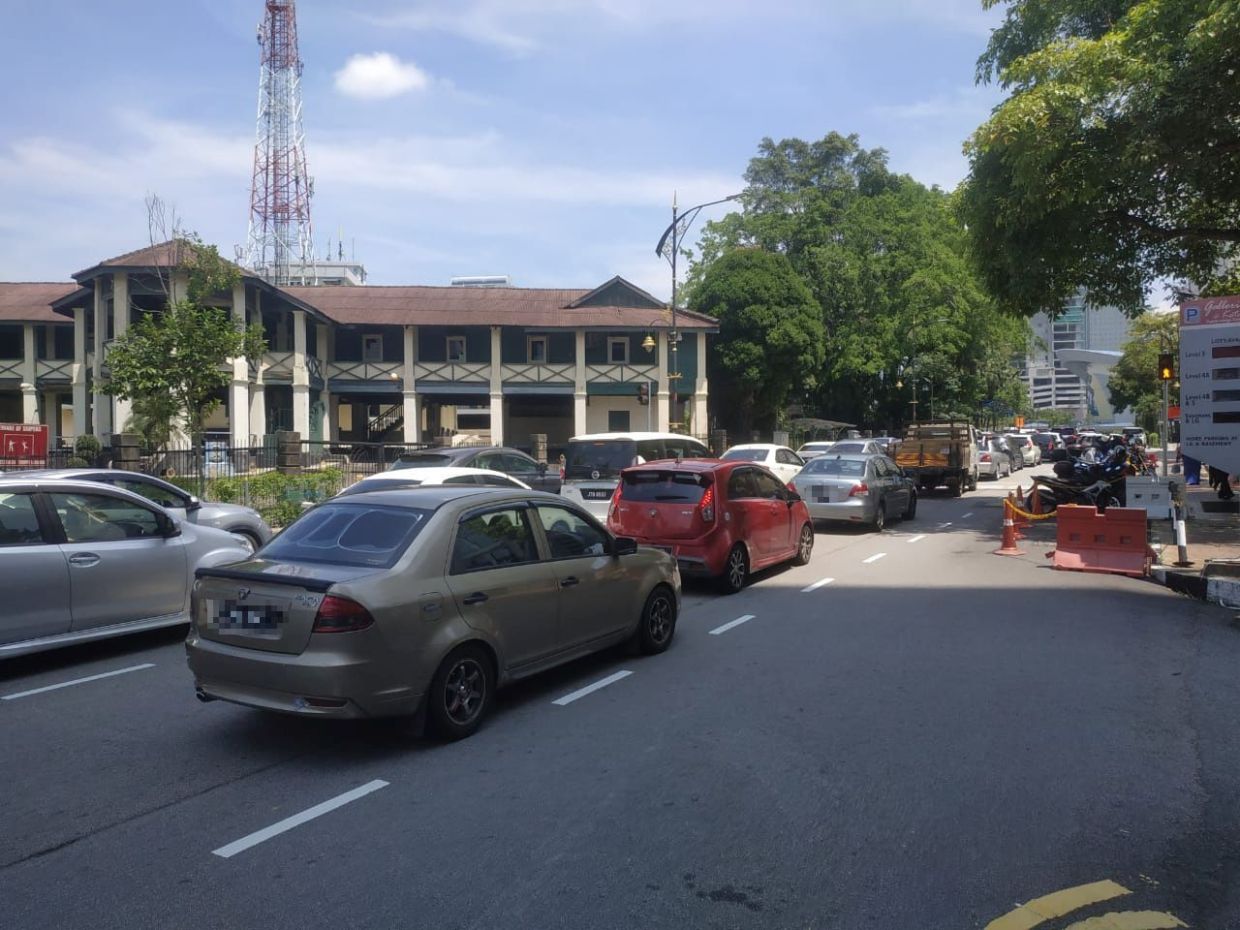 JOHOR BARU: Major roads within the city centre have been congested since early Monday (April 4) morning, with a lot of the traffic heading to the Employees Provident Fund (EPF) building on Jalan Dato Dalam.

Haphazard parking by the roadside added to the congestion along several roads, especially around the Persada International Convention Centre.

Motorist Ali Mazat, 42, who came to enquire about making a withdrawal, said the Johor Baru City council (MBJB) and traffic police should turn Jalan Dato Dalam into a one-way street, as it was when Persada was a Covid-19 vaccination centre.

“Now because of the two-way traffic, the jam is more than 2km long.

“People are not bothered and just park their cars by the road shoulder despite the risk of being issued summonses or having their vehicles towed,” he said.

One road near Persada had also been closed for a bazaar, he added.

Another motorist, P. Sivakumar, 32, said he was stuck in the jam for almost 45 minutes.

“It is better to make (these roads) all one-way so that people do not simply park.

“There should be adequate police and MBJB presence to tackle the congestion,” he said, adding that with the borders reopening on April 1, more such congestion was likely to occur as Singaporeans came into the city too.

He urged the authorities to look into the traffic management system along Jalan Trus and Jalan Wong Ah Fook, especially during peak hours.

An MBJB official said when contacted that the council had dispatched enforcement personnel to the scene.

“We will continue to tow vehicles which pose (an obstacle) to others,” he added.