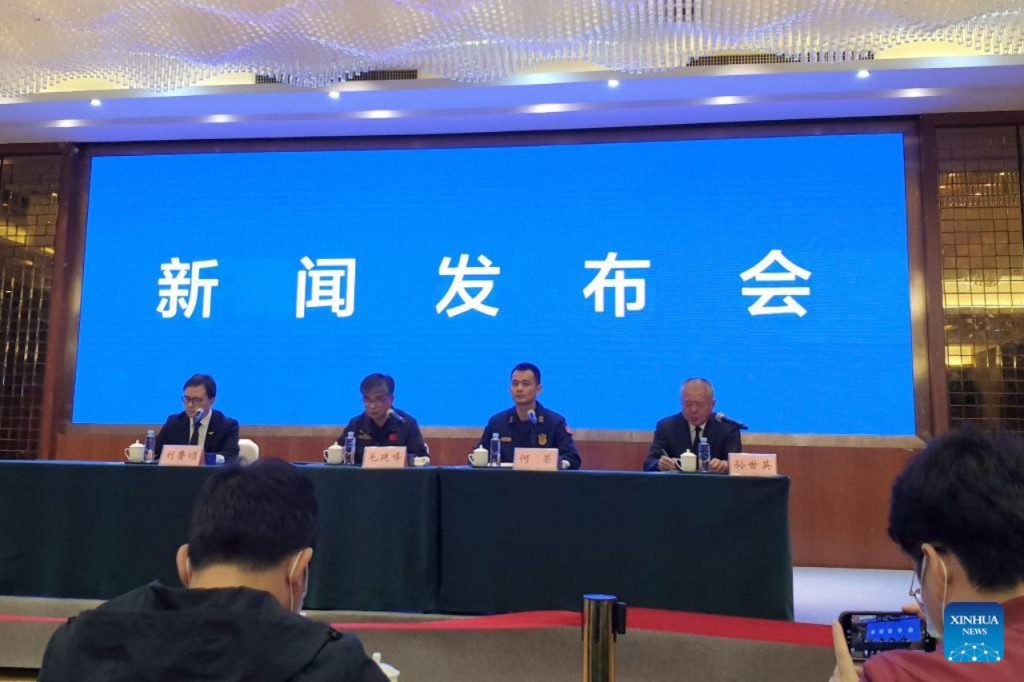 Mao Yanfeng, head of the aviation accident investigation center of the Civil Aviation Administration of China, announced the discovery at a news briefing on Wednesday afternoon.

The black box was severely damaged and the investigation team is further confirming whether it is the flight data recorder or the cockpit voice recorder, Mao said.

“We hope to retrieve both black boxes of the aircraft soon and then send them to professional labs for decoding,” Mao said, adding that this is crucial to finding the cause of the crash.

Rains complicated the rescue and search efforts on Wednesday and the search for the 132 people on board the aircraft and the other black box is underway.

On Wednesday afternoon, rescuers used professional equipment to detect the underground area of the crash site and even expanded the search area.

The weather was normal and there were no hazardous weather conditions when the passenger plane crashed, Mao said.

According to the air/ground communication records between the aircrew and air traffic controllers, they had maintained normal communication since the plane took off from Kunming until it suddenly dropped altitude en route to its destination, Mao added.

In terms of the flight crew, there was one captain and two co-pilots. All three pilots had flight licenses and health certificates within the validity period, with good health and complete flight experience, Sun said.

“From what we know at present, their families were in harmony,” said Sun.