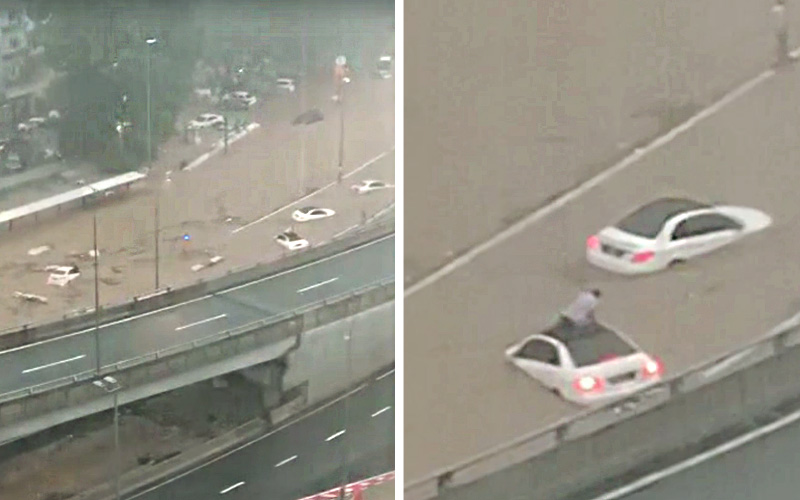 PETALING JAYA: Several areas in Kuala Lumpur appear to be badly affected by flash floods following the downpour this afternoon.

One Twitter user shared a video of floods along Jalan Kia Peng in the city centre, with cars in a parking lot being submerged in murky water. Road users were seen stranded in knee-deep water in the video.

Another user shared pictures of floods in Masjid Jamek, with some road users helping to push a car that appeared to be stuck in floodwaters.

Similarly, Jalan Kuchai Lama also appeared to be flooded, based on a video that has gone viral on WhatsApp.

The fire and rescue department has confirmed that several locations within Kuala Lumpur have been affected by flash floods.

The rain is expected to last until 7pm.

The meteorological department has also forecast bad weather from March 7 to 13, with thunderstorms expected in several areas in the west part of the peninsula, as well as Sabah and Sarawak.