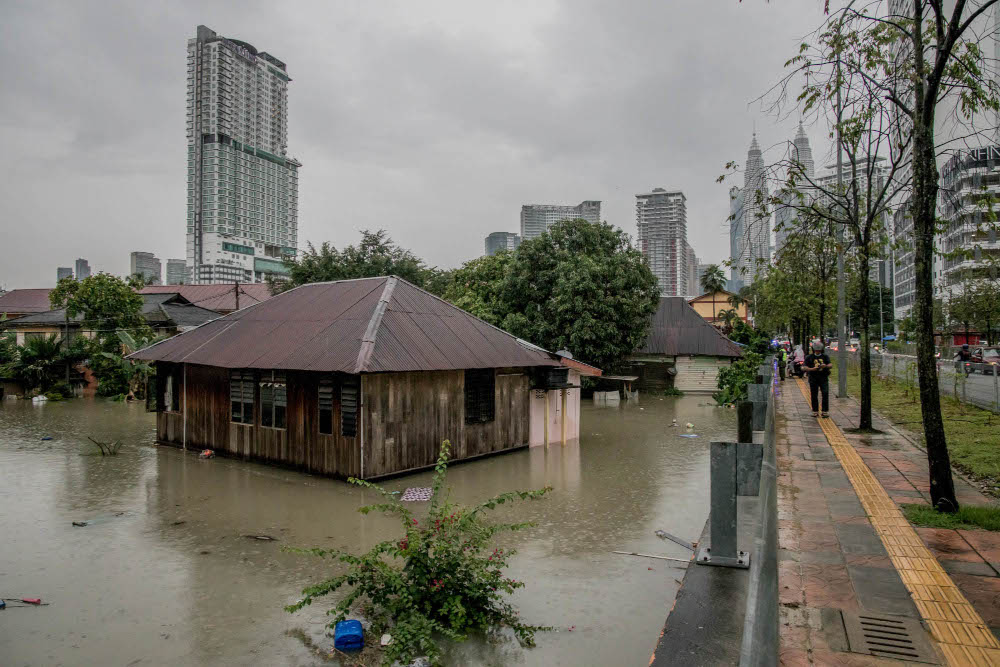 It also stated that the Gombak River has passed the “danger level” at Jalan Tun Razak.

“Rivers that have passed the warning level are Batu River at Sentul, Klang River at Jambatan Sulaiman and Lebuh Pasar, as well as Gombak River at Jalan Parlimen,” it said.

Meanwhile, the Environment and Water Ministry said in a statement that Jalan Pekak Selatan in Cheras, Jalan Segambut in Sentul, and the Besraya expressway at Brickfields have also been affected.

The police have also stated that 22 areas in Kuala Lumpur have been flooded.

At about 4pm today, reports emerged that parts of the capital city were affected by flash floods, with multiple videos from social media users showing cars and roads being submerged.

State news agency Bernama Radio posted a tweet at 4.27pm sharing a video from the public, where a man is seen climbing onto his car roof to keep out of the water, at Jalan Kuchai Lama.

Other videos and images from Twitter this afternoon also showed multiple areas such as Masjid Jamek and Jalan Raja Chulan being affected.