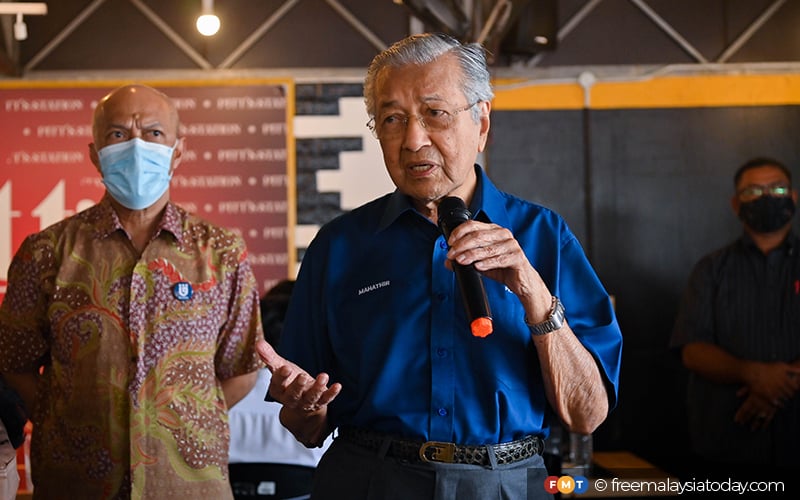 “Of course we were worried but it’s amazing how well he is doing,” she said at an event this morning held in conjunction with International Women’s Day, which falls on March 8.

Marina added that her father felt that he needed to lend some support to his newly-established party at the polls.

“I don’t know any details about his plans but I am aware that he wanted to go to Machap to support the Johor Pejuang chief, Shahruddin Md Salleh,” she told FMT.

She said the family hoped that he would look after himself and not exhaust himself while campaigning.

“Our main concern is his health and I have spoken to the people with him to ensure that he is adhering to SOPs and that he doesn’t tire himself,” said Marina, whose brother Mukhriz is Pejuang president.

Recently, the former prime minister received a warm reception from the Batu Pahat community, with about 50 people present to meet him.

Shortly after he was discharged from the National Heart Institute (IJN) on Feb 5, Mahathir was reported to have said that he was not likely to be out campaigning in Johor.