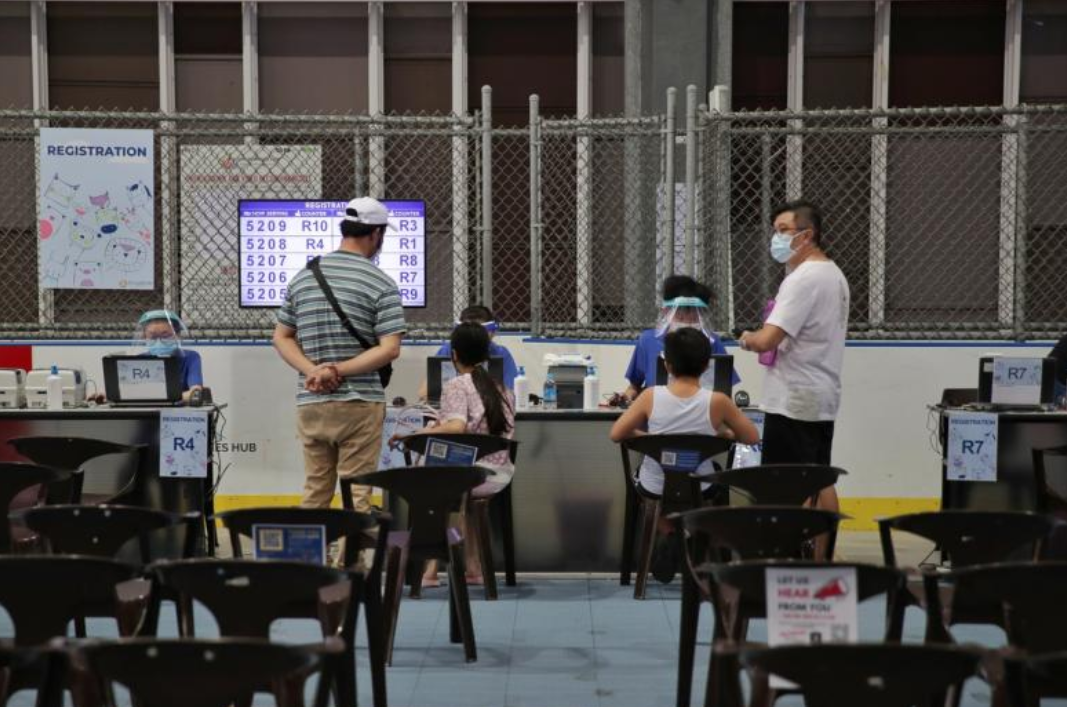 SINGAPORE – Singapore has seen 10 cases of children aged five to 11 with serious side effects after vaccination, said the Health Sciences Authority (HSA) in its latest vaccine safety update on Wednesday (Feb 23).

This departs from its previous update, in which no such cases were reported.

There have been no cases of myocarditis or pericarditis – two heart-related conditions sometimes reported after vaccination – among children so far, HSA said.

In Wednesday’s update, which covers events up to Jan 31, HSA also said 280 cases of non-serious side effects have been reported in this age group, compared with six previously.

Such side effects reported among children include facial swelling, fever, rash, chest discomfort, palpitations and shortness of breath.

Singapore rolled out its Covid-19 vaccination programme for children aged five to 11 on Dec 27 last year. A total of 238,253 doses had been administered to this age group as at Jan 31.

HSA said vaccination may not have been the cause of medical problems in every case. “They may be related to an underlying or undiagnosed disease, or it may be coincidental that they occurred around the same time that the vaccine was given.”

The HSA report also gave an update on booster doses, noting that there has been no increase in the frequency of side effects following more than 3.19 million booster jabs administered.

There were 73 reports of severe side effects, of which 15 cases were myocarditis and pericarditis.

As at end-January, Singapore has administered 9.8 million doses of the Pfizer vaccine. There were 12,770 reports of non-serious side effects and 664 serious ones.

The country also administered 2.9 million doses of the Moderna vaccine, with 2,885 reports of non-serious side effects and 156 serious ones.

The report also gave an update on non-mRNA jabs, such as the Sinovac-CoronaVac and Sinopharm vaccines.

Singapore has administered 369,083 doses of the Sinovac vaccine to date. There were 299 reports of non-serious side effects and 22 serious ones.

It has also administered 89,350 doses of the Sinopharm vaccine, with 41 reports of non-serious side effects and six serious ones.

HSA said it is not possible to directly compare reports of side effects for different vaccines.

“The vaccines may have been used in the vaccination programme for different lengths of time, and may have been administered to different numbers of people with different underlying medical conditions and across different settings,” it said.

The authority also noted that mRNA vaccines have resulted in a small increase in the baseline incidence of cerebral venous thrombosis (CVT) in the local population. This is a condition where blood clots are found in the veins of the brain.

The increase translates to about one additional case of CVT per million doses, it said.

However, the authority also pointed out that Covid-19 infection can also result in CVT. In Singapore, the additional number of CVT cases associated with infection is about 30 per million infected people.

“Considering that the risk of CVT after Covid-19 infection is much higher than CVT after mRNA vaccination, the benefits of vaccination continue to outweigh the small increased incidence of CVT,” HSA said.