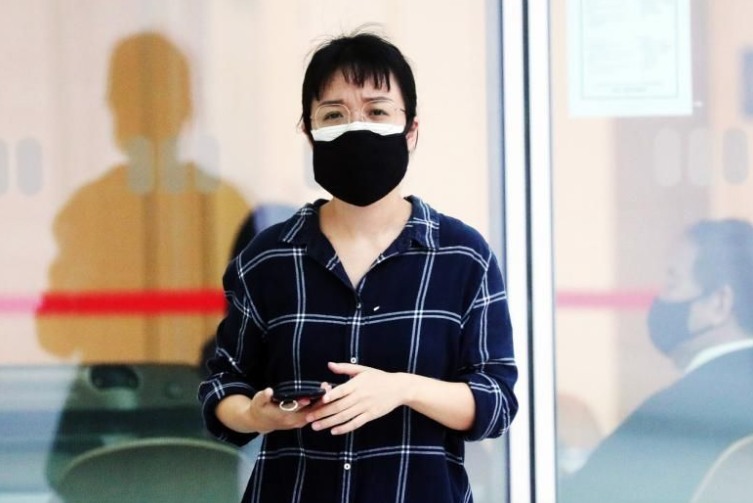 Zhao Zheng also played a game with the other members to guess the number of confirmed cases for the day before revealing the actual figures.

She would then congratulate the member who had come the closest to guessing the correct number.

On some occasions, she would even send the said member 1 renminbi (66sen) as a “good luck” gift.

On Tuesday (Feb 22), Zhao, 37, was sentenced to 18 weeks’ jail after she pleaded guilty to 11 charges under the Official Secrets Act (OSA).

The Singaporean also admitted to a charge under the Computer Misuse Act.

Tang Lin, 36, who was another Singaporean member of the group on messaging platform WeChat, was fined S$10,000 (RM31,056) last year after she pleaded guilty to five charges of wrongful communication under the OSA.

MOH had earlier said that Zhao had been suspended from her job.

The court heard that in 2008, she signed an undertaking to safeguard official information.

She then became an assistant director of the Biostatistics and Research Branch of MOH’s Public Health Division.

Some time in February 2020, she was deployed to be the deputy lead of the Data Management Unit which the ministry had set up in response to the Covid-19 pandemic.

As part of her job, she could find out the number of Covid-19 positive cases in Singapore on a given day before MOH released the information to the public.

Zhao could also find out the profile of each Covid-19 positive case.

Deputy Public Prosecutors Joshua Lim, Selene Yap and Lim Shin Hui stated in court documents that she started to prematurely share the number of confirmed Covid-19 cases in the chat group as early as March 16, 2020.

The DPPs added: “(She) had told the members…not to disseminate the information she provided to them, as she knew that she was not supposed to share such information.

“The accused would also occasionally share other details relating to the Covid-19 cases…such as how many… were ‘imported’ cases in a given day.”

On some days, Zhao also played the guessing game with the other members.

Some time in March 2020, Tang found out that somebody living at her condominium complex had been confirmed to have Covid-19.

She then sent a private message to Zhao to find out more information about the case.

The prosecutors told the court: “On March 28, 2020, while using her government-issued laptop, (Zhao) performed a function…for the purpose of securing access without authority to data held in a computer… and (searched a spreadsheet) for the address of the condominium (where Tang lived).”

Zhao found out that a resident there had indeed contracted Covid-19. Zhao then shared with Tang information such as details about her neighbour being an imported case.

The group was eventually disbanded some time after April 16, 2020 when its moderator received information that the daily number of confirmed Covid-19 cases was being shared on a larger scale – beyond the members or their spouses.

Before handing down the sentence on Tuesday, Deputy Presiding Judge S. Jennifer Marie noted that the case involved confidential and sensitive information.

The judge also stressed that Zhao had “breached the trust and confidence” reposed in her. – The Straits Times (Singapore)/Asia News Network