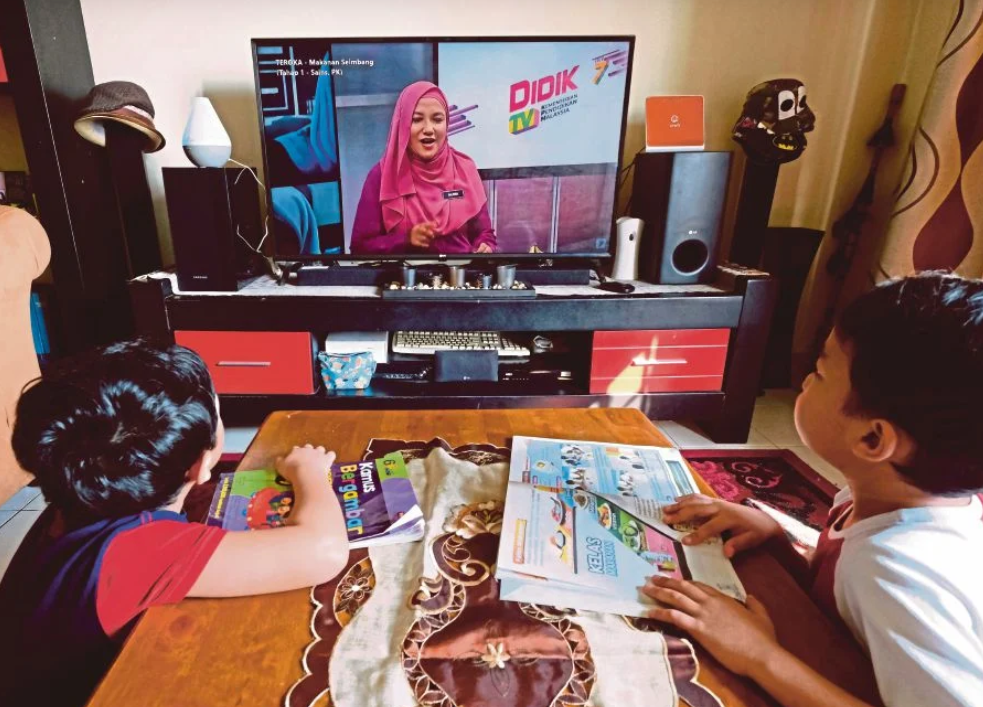 The Education Ministry and schools should be on standby to return to hosting virtual lessons if Covid-19 cases continue their uptrend.

Epidemiologist Dr Malina Osman said given that the daily cases logged had been similar over the past few days, tomorrow’s numbers would be the indicator on whether Malaysia should pursue the option.

“The ministry and schools, in the meantime, should formulate how they want to go about doing this.

“They should assess whether it should be fully virtual or hybrid with very limited physical capacity for rural areas or schools where children do not have the means to purchase gadgets or instal WiFi.

“At this point, schools should also be empowered to make their own decisions on this without intervention from the authorities,”

Dr Malina said if a closure was instituted based on the rising number of cases, it should be for kindergartens, primary and secondary schools.

Examination candidates, however, should be allowed to continue taking their papers, she added.

“If cases continue to rise tomorrow, which is increasingly likely, we can reopen physical lessons or full physical lessons upon reaching 70 per cent or 80 per cent coverage for boosters and vaccination for children aged 5 to 11.”

Dr Malina said that while going back to virtual learning might be a bitter pill to swallow, it was crucial to understand that children, and to a lesser degree adolescents, were now the main transmitters of the disease due to their exposure to each other in schools.

She said the fact that most of them had yet to be vaccinated also meant that they were spreading the virus to other children, as well as vulnerable groups like the elderly, pregnant women and the immunocompromised.

“This is why they need to also receive boosters,” she said citing the rising use of beds in hospitals, as well as quarantine and low-risk treatment centres.

Public health specialist Dr Safiya Amaran said that if schools were to be closed next week, it would only be for a few days and it would bleed into the school holidays.

“If we vaccinate the children at the rate of at least 70 per cent, we might not need to extend this partial school closure restriction to them after the holidays.”

She said the elderly should be given boosters as they made up most of the deaths now.

The Universiti Sultan Zainal Abidin lecturer also said that children were not yet out of the woods in terms of fatalities.

“If we wait for their deaths to go up, it will be too late.”

Three Covid-19 deaths involving children under 12 (two of the cases among children below 5) were reported up to Feb 15.

There were 46,194 Covid cases involving children this year, with 16,810 infections recorded among those under the age of 6.

There were also 16,959 infections involving children under 12, reported during the sixth epidemiological week (Feb 6 to Feb 12).

Dr Safiya added that the efficacy of boosters could not be disputed.

“Look at Sabah, their booster coverage is 22 per cent while their Covid-19 hospital utilisation is 84.9 per cent.

“Sarawak’s booster coverage, on the other hand, is more than 70 per cent with their Covid-19 hospital utilisation at 38.5 per cent.”

Sarawak’s hospitalisation rate has gone up slightly over the past few weeks, but Sabah’s has increased sharply.

Dr Safiya also said that parents should be given the option to work from home when physical lessons in schools were halted in order to keep an eye on their children.

Health Minister Khairy Jamaluddin had previously appealed to employers to allow their staff to work from home.

At present, 42.4 per cent of the population have received their boosters.

Overall, 81.1 per cent of the population have received their Covid-19 shots.

A total of 97.5 and 89.9 per cent of adults and adolescents have been fully vaccinated, while 10.8 per cent of children aged five to 11 have received at least one Covid-19 vaccine dose.