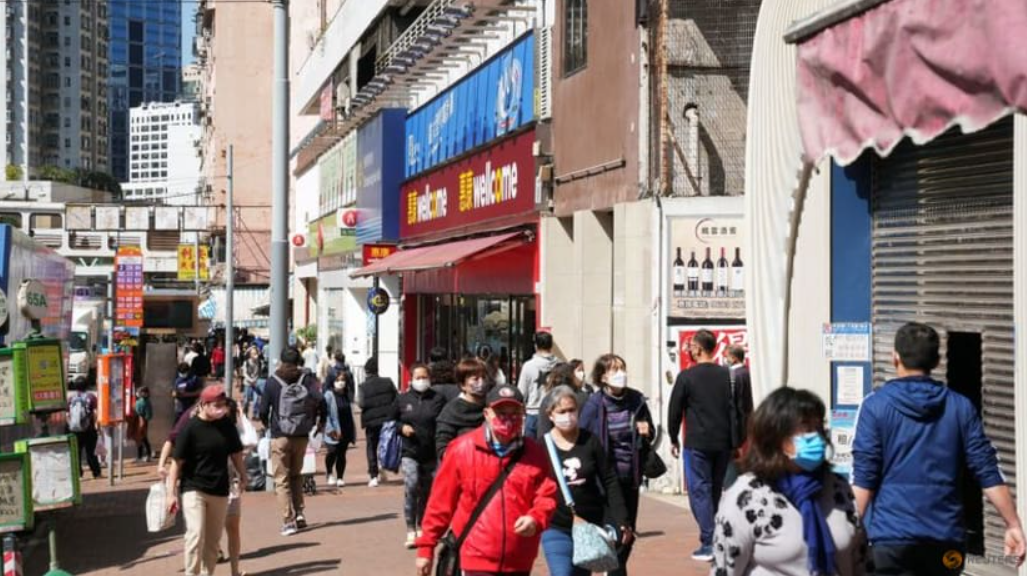 HONG KONG: Hong Kong leader Carrie Lam said on Tuesday (Feb 15) there were no plans for a citywide lockdown in the global financial hub but “surrendering to the virus” was not an option as authorities battle a surge of COVID-19 infections.

Speaking at a weekly press briefing, Lam said she could not “preclude” the possibility of postponing the city’s chief executive election, due to be held in March. She has not said whether she will seek another term as head of the administration in the Chinese controlled city.

And with those doubts hanging over her own future, Lam said her government’s response to the outbreak had not been satisfactory with hospitals and medical staff overwhelmed.

“There are no plans for a widespread city lockdown,” Lam said but doubled down on her ‘dynamic zero’ coronavirus strategy, similar to mainland China which seeks to curb outbreaks as soon as they occur.

Daily infections have surged by about 20 times over the past two weeks with authorities scrambling to keep up with their testing and isolation mandate.

“We cannot surrender to the virus. This is not an option.”

Health authorities reported a record 2,071 infections on Monday, with another 4,500 preliminary positive cases.

As cases soar, China has said it would help the city boost its testing, treatment and quarantine capacity, and secure resources from rapid antigen kits and protective gear to fresh vegetables.

Lam said the central government would deliver over 100 million testing kits to the territory.

Despite the latest surge, deaths remain far less than in similar-sized cities since the pandemic erupted two years ago.

Hong Kong’s total caseload since the pandemic first erupted is around 25,000 infections, including a little over 200 deaths.

But, with the healthcare system already overstretched, medical experts warn the city could see 28,000 daily infections by the end of March, and there were worries about the largely unvaccinated elderly.

Lam said some public housing and hotels would be converted into isolation facilities.

Around 84 per cent of the city’s 7.5 million residents have had at least one vaccine but a large proportion of the elderly have remained hesitant, despite a recent pickup.

Hong Kong will introduce a vaccine pass starting Feb 24 where residents will have to show proof of vaccination before entering restaurants, supermarkets and shopping malls.

Most venues from churches to schools and gyms remain shut while public gathering of more than two people is banned. Dining in restaurants is not allowed after 6pm, while most people are working from home.