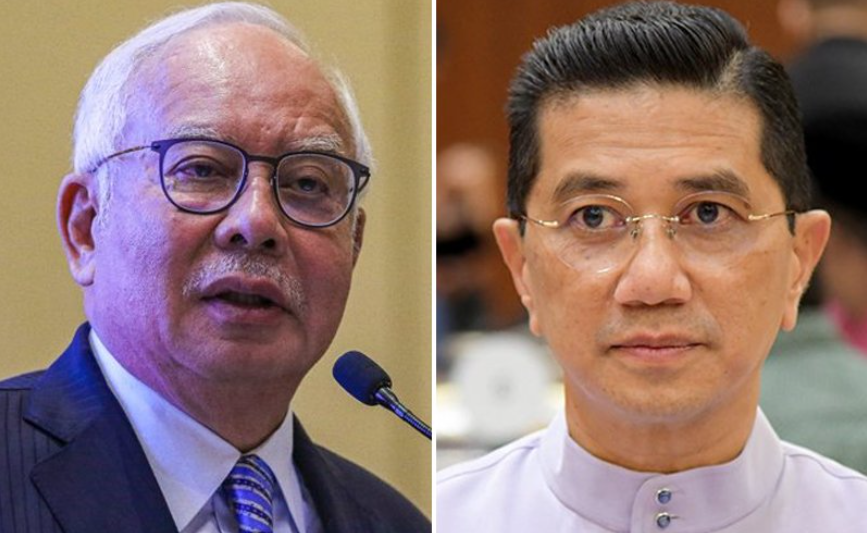 He told the Bersatu Supreme Council member that he should compare Malaysia’s statistics with other Asean countries and the average international Covid-19 data on the number of new cases and deaths during PN’s administration before making such a claim.

“During that period, figures showed that Malaysia was the worst country in Asean, besides being among the worst in the world.

“We were the world champions of Covid-19 at that time,” he said in a Facebook post today.

On Monday, Azmin, who is the international trade and industry minister, said PN’s extraordinary success was gaining world recognition as the best government in managing Covid-19 recovery efforts.

“We have to continue this success and I leave it to the people to decide in the Johor state elections,” Azmin said at a dinner with representatives of small- and medium-sized enterprises (SMEs) in Johor Bahru.

Najib reminded Azmin that the government at that time had implemented half-baked lockdowns which were the longest in the world to a point where Malaysians were not allowed to travel interstate and return to their villages for two consecutive years.

“We kept being highlighted in the global media’s Covid-19 indices for the wrong reasons back then.

“We were the only country that implemented an emergency and suspended Parliament for so long that the King and Malay Rulers ordered it to be lifted.

“We were also the only country in Asean that had our economic ratings lowered until Malaysia finally lost its decades-old A grade standing,” he said.

He said Azmin had conveniently forgotten that during the era when PN was leading the government, Malaysians also saw a high number of suicides and the people flying white flags for help while the government appealed to the people for donations.

He claimed that PN also hid the actual number of Covid-19 deaths which was finally resolved and reported after Umno took over the government.