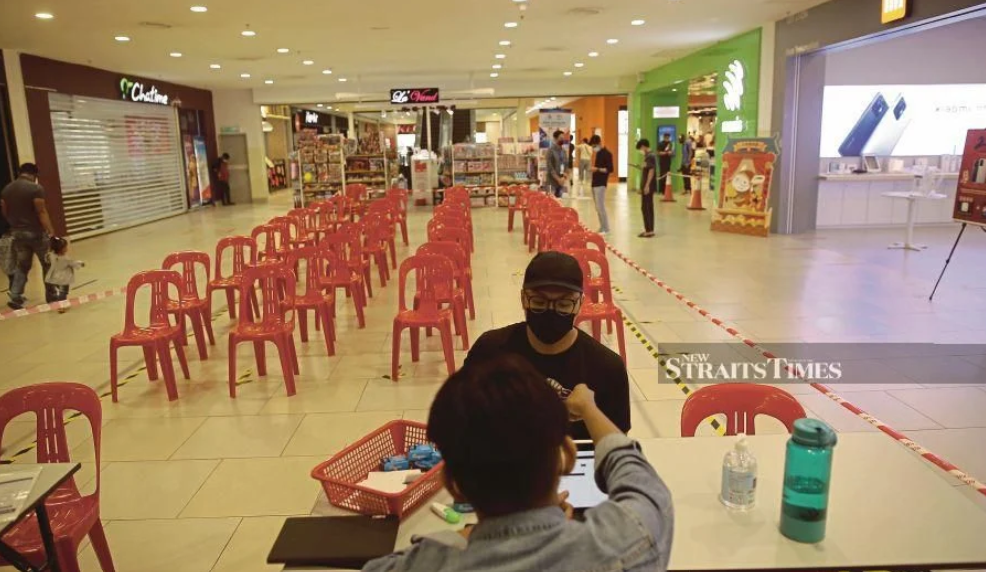 KUALA LUMPUR: Malaysians should not take the public health measures against Covid-19 lightly as countries across the world, including those with high vaccination and booster coverage, have reported a worrying rise in deaths.

Experts said the government and Health Ministry should prepare for a possible surge in hospitalisations and advised the public to get vaccinated and strictly adhere to the standard operating procedures (SOP).

Public health expert and epidemiologist Datuk Dr Zainal Ariffin Omar said the Omicron infection rates were skyrocketing across nations, with a number of countries failing to see success similar to what was experienced in the fight against earlier variants.

He said while scientists had theorised that Omicron was less severe, countries where the variant was spreading had reportedly been struggling with hospital admissions and increasing fatalities.

“This can be seen in countries like Israel, despite its high vaccination rate and booster coverage.

“Therefore, the government, the Health Ministry and the community should continue to be on high alert and adhere to the SOP, besides preparing for a possible surge in hospital admissions.

“Malaysia is one of the countries with a high vaccination rate, hence the data as of now show that we have low hospitalisation of patients in categories 3 to 5. However, the data next week will likely be different as the number of fresh infections continues to surge,” he told the New Sunday Times.

World Health Organisation (WHO) director-general Tedros Adhanom Ghebreyesus had, on Tuesday, said while the new Covid-19 variant was known to be milder, “we are now starting to see a very worrying increase in deaths in most regions of the world”.

Tedros said it was premature for any country to either surrender or to declare victory.

“We are not calling for any country to return to a so-called lockdown. We are calling on all countries to protect their people using every tool in the toolkit, not vaccines alone,” he was quoted as saying.

According to the website Our World in Data’s seven-day rolling average of daily new confirmed Covid-19 deaths per million people (from Jan 1 to Feb 4), Israel, the United States, Mexico, South Africa and India are among the countries that have reported an increase in Covid-19 deaths.

Omicron has been found to spread much more quickly than the previously dominant Delta variant, with studies suggesting it is four times more transmissible.

He said the country could expect to see a sharp rise in new infections in the coming weeks due to Omicron, and the increased mobility of the people and socio-economic activities.

He also said while the BA.2 sub-variant of Omicron was said to be more infectious than previous variants, there was no concrete data yet on its severity.

“New infections can cause more infections and cases, but at the same time provide natural immunity.

“Vaccine-induced (protection) and natural immunity will increase total population immunity and could become a way to end this pandemic.”

The BA.2, which was first detected in the Philippines in November, has been reported in approximately 57 countries. In India, the BA.2 is rapidly replacing the Delta and Omicron BA.1 variants.

The National Immunisation Programme for Children (PICKids) for children aged between 5 and 11, he said, could prevent or reduce infections in children and help reduce cases in the community.

On the upcoming Johor polls, Dr Zainal Ariffin hoped the SOP would strike a balance between the threat to public health and the country’s democratic process.

“The SOP for the polls should be based on current knowledge and situation. The important lesson from past elections is that it should not be too strict that it hinders the democratic process, but strict enough to curb infections.

“Masks should be worn and there should be no big public gatherings and events. Ceramah should be brief, and pamphlet distribution and static vehicle on-site can be allowed.

“Daily Covid-19 data should be provided and interpreted accordingly so as not to cause panic or an idea of overemphasising, which may lead to ‘distrust’ and a ‘cynical’ view from some sectors of the population.”

This, he said, was expected since the country reported its first Omicron case that led to community transmission, partly due to increased travels and the reopening of socio-economic sectors.

“We wouldn’t know for certain (if Omicron is behind the recent spike) until we have the sequencing data on more of our nation’s cases. But looking at the current situation, it is highly likely.

“The good news is that the ‘severity’ of the illness is not similar to what we have seen with Delta.

“So as long as our hospitalisation, intensive care unit occupancy and ventilation needs are still at a tolerable level, this shouldn’t necessarily trigger major concerns.”

On the BA.2 sub-variant, Dr Amir said a Danish study had found that it was more transmissible than the more common BA.1 with an increased ability to infect vaccinated people.

“WHO is monitoring this BA.2 closely. Genomically speaking, this variant is essentially an Omicron but with slight changes in the sequence (not as major as Delta and Omicron).

“Therefore, based on the very little data available at this time, I think this BA.2 would also behave similarly to BA.1.”

Dr Amir called for more granular data on Covid-19 cases, mainly on Multisystem Inflammatory Syndrome in Children (MIS-C) associated with Covid-19, hospitalisations, ICU use and deaths, particularly among children, to be made public to boost parents’ confidence and allay fears over PICKids.

“There are parents who are hesitant to vaccinate their children over unfounded fears. Such data will help them to assess the situation more accurately and make a well-informed decision.”

Dr Amir stressed that PICKids could be a significant tool as the primary goal of administering the vaccine to this age group is to protect them from hospitalisation or developing severe cases or even MIS-C.

“This is imperative, especially now when schools have reopened and our children are spending most of their time in school.”

MIS-C is a condition where different body parts can become inflamed, including the heart, lungs, kidneys, brain, skin, eyes or gastrointestinal organs.

It had been reported that many children with MIS-C had the virus that causes Covid-19, or had been around someone with Covid-19. MIS-C can be serious, even deadly, but most children who were diagnosed with this condition had gotten better with medical care.

Dr Amir, however, said vaccination would not prevent a surge in fresh infections as studies had shown that Omicron could evade the immune protection conferred by Covid-19 vaccines and natural infection.

“Based on the available data, we know that the SARS-CoV-2 breakthrough infections are common even in vaccinated people.

“Besides, during this surge, a higher number of case tracing and testing will be carried out when there is an outbreak.

“Therefore, this surely will contribute to the spike in daily number of cases (including asymptomatic cases).”