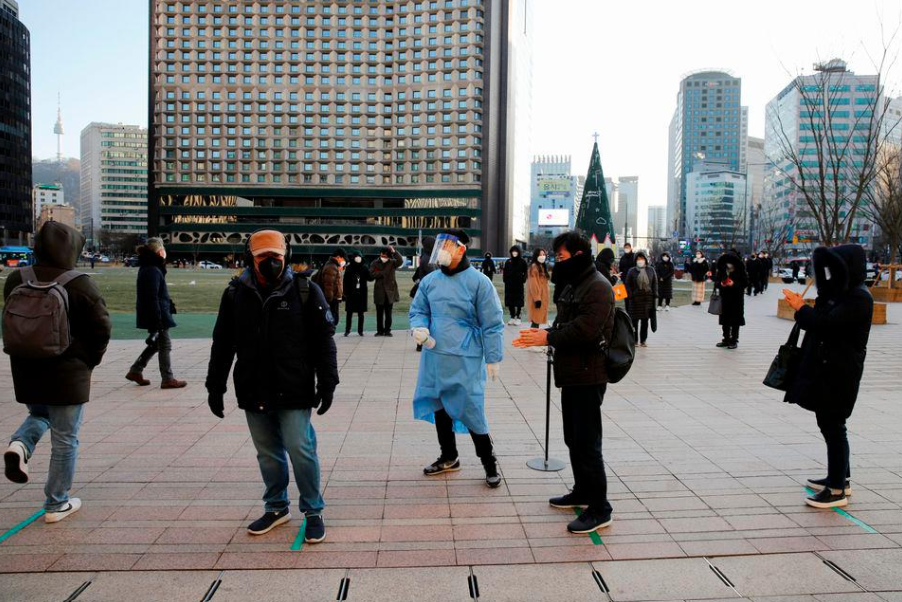 SEOUL: Some of South Korea’s corporate giants have asked staff to test themselves for COVID-19 before returning to work on Thursday after the Lunar New Year holidays, amid concerns the break could fuel the spread of the highly infectious Omicron variant.

Many people in South Korea travelled during the holidays to see family, likely leading to an uptick in infections.

Kakao barred employees from entering the office until Feb. 18 without approval, with very few exceptions. Even then, the employee is required to self-diagnose with a test kit in a prepared space and enter only after a negative result.

After Feb. 18, Kakao will also deliver 10 at-home test kits, which can be used 20 times, to each employee’s home so they can test themselves before coming to the office, it said in a statement.

Energy group SK Innovation handed out at-home test kits to employees ahead of the holiday and asked them to test themselves before returning to work, and recommended working from home, a spokesperson said.

Battery maker LG Energy Solution also handed out at-home test kits to employees for them to use before returning to work, a spokesperson said.

Although more infectious, the fatality rate of the Omicron variant was 0.15%, about one-fifth of the Delta variant’s 0.7%, health ministry official Son Young-rae said on Wednesday.

“The number of confirmed cases is increasing rapidly due to the Omicron spread, but the medical system remains in a stable situation,“ Son said.