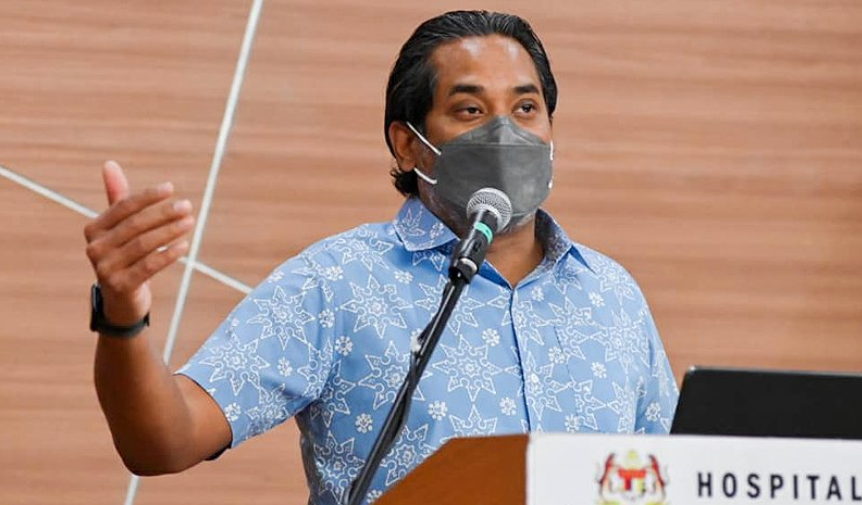 KUALA LUMPUR: Health minister Khairy Jamaluddin has predicted that there will be a surge in Covid-19 cases due to the Omicron variant but says the public should not panic.

Khairy said the public should not be alarmed over the number of Covid-19 cases but look at other important indicators such as hospital and intensive care unit (ICU) admissions.

“The number of Covid-19 cases will increase. However, it will be low-severity cases with 99% under Category 1 and 2,” he said at a press conference following the launch of the national Covid-19 immunisation programme for children (PICKids) at Tunku Azizah Hospital this morning.

Khairy said Malaysia was better prepared to deal with Covid-19 cases now, adding that the ministry had created a better hospital admission system and had planned to use antiviral medicines for patients.

He also said that the easing of more restrictions such as border controls and travel requirements would be announced once the booster programme reached a satisfactory level.

Over 50% of the adult population had received their booster shots.

“Once we reach a stage where we feel comfortable to open up even more, we will do so. We need to expand our economic recovery,” he said.

On education clusters, Khairy said there were 180 active clusters currently, with the majority coming from boarding schools.

“Boarding schools reported 108 clusters,” he said, adding that 14 schools had been temporarily closed.

However, he gave an assurance that the closure of schools would be the last resort.

On the upcoming Johor elections, Khairy said they would be “different” from the Sarawak and Melaka polls last year as the country was battling the Omicron wave.

“It would be different compared to Sarawak and Melaka because we managed to carry it out without any spike. However, I can’t say this for Johor because it comes at the same time as (the) Omicron (wave). There will be a spike,” he said.