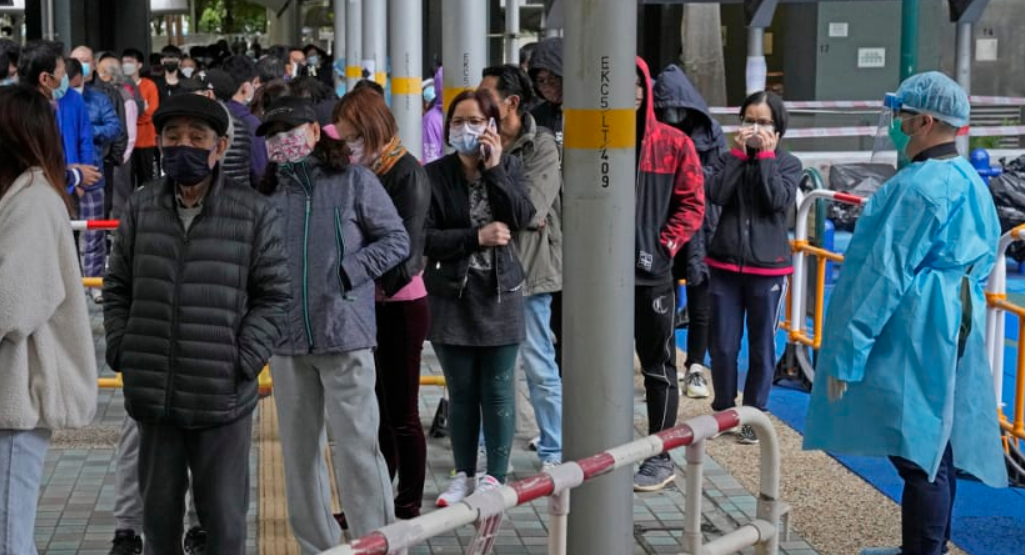 HONG KONG: Hong Kong expanded a partial lockdown and tightened pandemic restrictions on Tuesday (Jan 25) after more than 200 cases of COVID-19 were discovered at a public housing estate.

Hong Kong has already suspended many overseas flights and requires arrivals be quarantined, similar to mainland China’s “zero-tolerance” approach to the virus that has placed millions under lockdowns and mandates mask wearing, rigorous case tracing and mass testing.

Hong Kong leader Carrie Lam said a second residential block at the Kwai Chung housing complex would be locked down for five days. The block where the virus was first discovered is already under lockdown, which will now be extended from five to seven days.

The measures aimed to “play safe protecting the residents as well as preventing the spread of the virus,” Lam told reporters.

Schools have been closed and restaurants cannot offer in-house dining after 6pm in a return to previous measures to contain surges in cases. Compulsory testing has been ordered on people who reside in or visited buildings where the virus was detected.

The outbreak has also prompted the city of Shenzhen just across the border in mainland China to tighten rules on people arriving from Hong Kong. Starting from Wednesday, Hong Kong travelers will need to show a negative COVID-19 test result obtained over the previous 24 hours, undergo 14 days of quarantine at a government-designated location and seven further days of isolation at home.

Lam also criticized one of her senior Cabinet members, Home Affairs Secretary Casper Tsui, who was among several government officials suspended from duty and ordered into quarantine after they attended a birthday party where two guests later tested positive for the coronavirus.

“The Secretary for Home Affairs is an official whom we will have to look into very deeply because of various aspects,” Lam said.

As with mainland China, Hong Kong’s tough anti-pandemic rules have helped keep case numbers relatively low, but are also taking a toll on the economy and public patience.

An international center of finance and trade, the city has a prominent expatriate population, some of whom are beginning to chafe at the travel controls and other restrictions.

A survey released this month by the American Chamber of Commerce in Hong Kong showed more than 40 per cent of members surveyed were more likely to leave because of the restrictions.