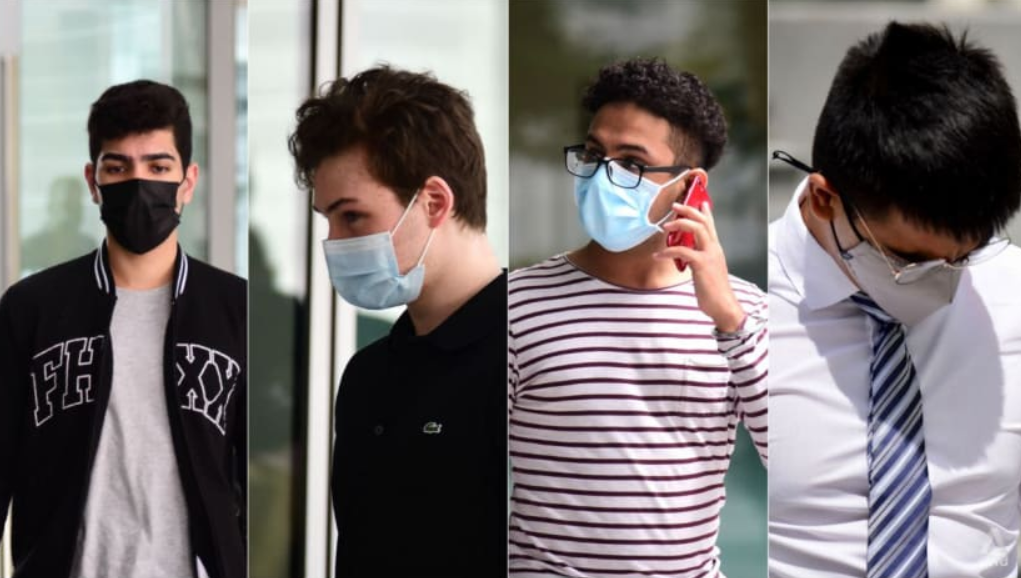 SINGAPORE: Four men have been charged in court with breaching various COVID-19 control orders during a New Year’s Eve celebration in the Clarke Quay area.

The chargings come after videos went viral online showing large crowds in the area on Dec 31, 2021. The COVID-19 multi-ministry task force had called the impromptu gathering “a potential superspreading event”.

The men, aged between 19 and 22, are: Kotra Venkata Sai Rohankrishna, Harjaz Singh, William Alexander Brooks-Potts and Verma Pulkit. Their respective ages and nationalities were not listed in the charges.

Kotra, who was the only one of the four with a lawyer, faces three charges. He is accused of failing to wear a mask over his nose and mouth near Read Bridge at Clarke Quay at the stroke of the new year on Jan 1, 2022.

Court documents state that Kotra was dressed in a Spider-Man costume during the time and allegedly interacted with about 20 people. The interaction included the recording of videos and photos, according to the charge sheet.
He is also accused of failing to keep a distance of at least 1m from several other individuals there.
Brooks-Potts, Verma and Singh each received two charges – they are all accused of failing to wear a mask over their mouths and noses near the Read Bridge at the same time, and of failing to keep a 1m distance from several other people.
The Urban Redevelopment Authority prosecutor asked for an adjournment to Feb 8, saying that Verma and Singh are set to receive an additional charge each of breaking a COVID-19 regulation.
If convicted of breaking COVID-19 regulations, the men could be jailed for up to six months, fined up to S$10,000, or both.
URA said in a previous statement that agencies would be “stepping up” the enforcement of safe management measures across Singapore in the lead up to Chinese New Year.
It urged members of the public to be socially responsible and comply with the prevailing measures, such as the proper wearing of masks, maintaining a distance of 1m between each other, and remaining in groups of five individuals or less.
Source: https://www.channelnewsasia.com/singapore/4-men-charged-clarke-quay-new-year-eve-crowd-covid19-2458001