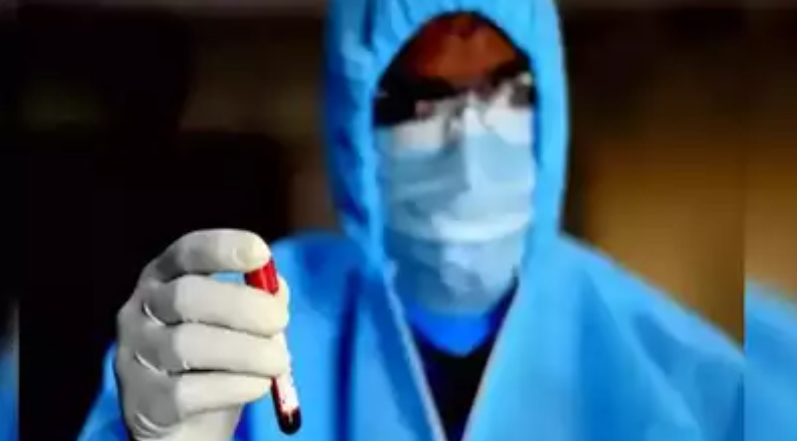 CHENNAI: Thirty of the 38 districts in Tamil Nadu reported an increase in fresh Covid-19 cases on Saturday, when the state reported 30,744 cases. Though the state’s daily cases crossed the 30,000-mark after more than 238 days, the rate of growth has started slowing down, indicating a reduced transmission rate.

With this, the effective reproduction number (R-naught) – one of the key epidemiological factors – has also started declining. R-naught indicates how many new cases one infected person generates. On December 25, 2021, when Tamil Nadu reported around 606 new cases, the R-naught was 1.4 and by December 31 when the infections increased to more than 1,155 cases a day, R-naught was 3.35. On New Years’ day it was 3.46. If the R0 is three, then experts expect each new case of a disease to produce three other infections. However, the R-naught in Tamil Nadu has now dropped to 1.26.

Vellore-based Dr T Jacob John says fall in infection growth rate is one of the key indicators that the state may be nearing its crest. “We have seen this in every epidemic wave. Cases peak after the growth rate falls. When cases decline, the active cases will grow for a few days. When active cases start falling, deaths will increase. Deaths will last to peak and fall,” he said.
Health officials, however, want to stay on guard until several other factors such as the positivity rate come under control. At the peak of the second wave in 2021, daily cases were hovering between 30,000 to 36,000 for more than two weeks between May 12, 2021 and May 29, 2021. “We have fewer people in hospitals, and we are not short of oxygen or drugs,” said health minister Ma Subramanian.

The oxygen consumption for medical and non-medical uses across the state is now estimated at 117 MT a day compared to more than 500 MT for hospitals at the peak of the infection in May 2021. “This is probably because of the improved vaccination coverage,” he said. The state has vaccinated up to 89% of its adults with the first dose and 63% of them with two doses compared to the national average of 92% for the first and 68% for the second dose.
The state continued to test about 1.5 lakh people daily. Nevertheless, the weekly average positivity rate is almost 17% in the state and in at least five districts – Chennai (28.3), Chengalpet (27.1), Tiruvallur (24.2), Krishnagiri (22.4) and Coimbatore (21.8) – the average is above 20%. Over the last one week, after the Pongal holidays, the disease has spread into the rural areas from cities.

Out of the 1.29 lakh habitations, more than 28,000 have active Covid cases and in urban areas more than 32,000 of the 1.27 lakh streets have people under treatment for the viral infection.
“We can’t afford to slow down on vaccination, or drop the guard on masks and other pandemic protocols now. We may not see zero cases soon but we have to be careful until cases drop to the baseline,” said health secretary J Radhakrishnan. Fresh cases in Chennai declined to 6,452 from 7,038 on Friday, but Coimbatore, which reported 3,886 new cases reported the sharpest daily increase from 3,653.