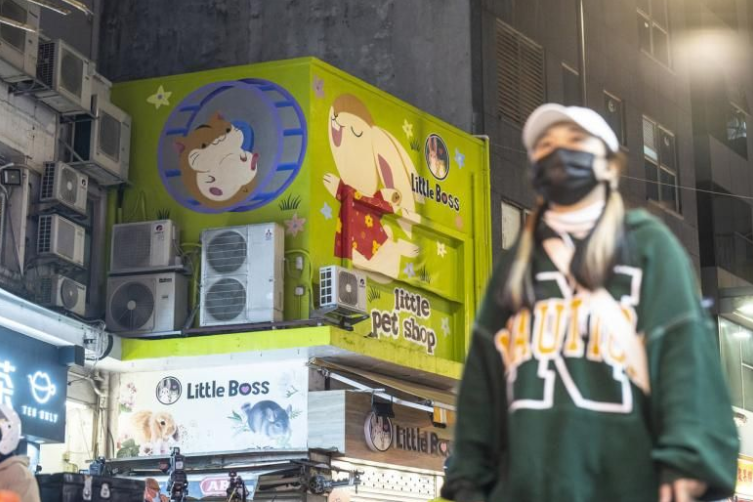 HONG KONG (The Straits Times/Asia News Network): The mass culling of thousands of hamsters in the city over links to a coronavirus cluster has ignited the fury of pet lovers and anti-cruelty groups, with an online petition gaining traction.

The exasperation and angst of some residents came after the government on Tuesday (Jan 18) announced that it would put down about 2,000 hamsters from the Netherlands, as well as a number of other furry animals such as rabbits and chinchillas.

The authorities made the firm decision in the hope of cutting off Covid-19 transmission from Little Boss, a Causeway Bay pet shop where at least three people have tested positive, leading to fears of greater spread of the virus.

Shortly after the announcement, an online petition to stop the mass cull was created and as at Wednesday morning, it has garnered more than 19,300 signatures.

The government’s move was heartbreaking for Ashley Lee’s two school-going daughters, who have been keeping a hamster since 2020.

“I have really mixed feelings about this issue right now. I can’t really say culling is the best option for these little animals,” she said, adding that her children have drawn up a plan to keep their pet safe.

“They said visitors are not allowed to touch our hamster any more and they’re going to check if the visitors have been vaccinated or not.”

Pet owner Shafin Azim, who used to have hamsters and rabbits, was shocked and livid.

In a Facebook post, the actor, who has two cats, said: “This is not mercy killing. This is murder. Find a better way – close the shop for a while, wear full protective gear before feeding, test them again.

“Are we culling the humans who are actually spreading this?”

Health officials, who defended the move, said the decision was necessary as the hamsters can excrete the virus and infect other pets and humans.

The kill order came a day after a sales employee at Little Boss, which has 15 branches and a warehouse in Tai Po, was reported on Monday to be infected with the Delta variant of the coronavirus.

Of the 78 animal samples taken from the pet shop, 11 were positive. Another 511 samples were taken from the warehouse, with some cages found to have traces of the virus. Other results are pending.

Respiratory medicine expert Leung Chi Chiu told The Straits Times that the Delta variant in the pet shop worker had a genomic sequence never seen before in Hong Kong.

Her frequent occupational exposure to a heavily infected horde of hamsters could lead to the “first reported case of what is likely hamster-to-human transmission”, Dr Leung said.

He noted that hamsters, like chickens, are raised in herds and pose a hazard not only to those exposed occupationally but also pet owners. So once a human is infected, it could lead to rapid dissemination.

“Testing cannot exclude infection in incubation period, as well as low or intermittent viral shedding. Culling is therefore needed not only to protect the pet owners but also to prevent outbreak in our community,” added Dr Leung.

In a reply to ST, the city’s Society for the Prevention of Cruelty to Animals (SPCA) said it was shocked and concerned over the decision, “which did not take animal welfare and human-animal bond into consideration”.

“The SPCA hopes the Agriculture, Fisheries and Conservation Department (AFCD) won’t take any drastic action before reviewing its approach. The SPCA will liaise with AFCD through different channels and discuss alternative approaches,” it said.

Officials have ordered all pet shops in the city selling hamsters to shutter temporarily and appealed to families who have bought a hamster from the Little Boss pet store since Dec 22 to hand over their pet for euthanasia.

This has sparked concern from pet lovers that some people will start abandoning their pets, particularly hamsters.

The SPCA urged pet owners not to panic or abandon their pets, and to maintain strict personal hygiene.

Hong Kong officials have been scrambling to stop the spread of Omicron, which is the dominant coronavirus strain in the city, as untraceable cases in the community started popping up in the last three weeks.

Their worries have been compounded following the pet shop infection; 150 people have been identified as close contacts who have to be tested and quarantined.