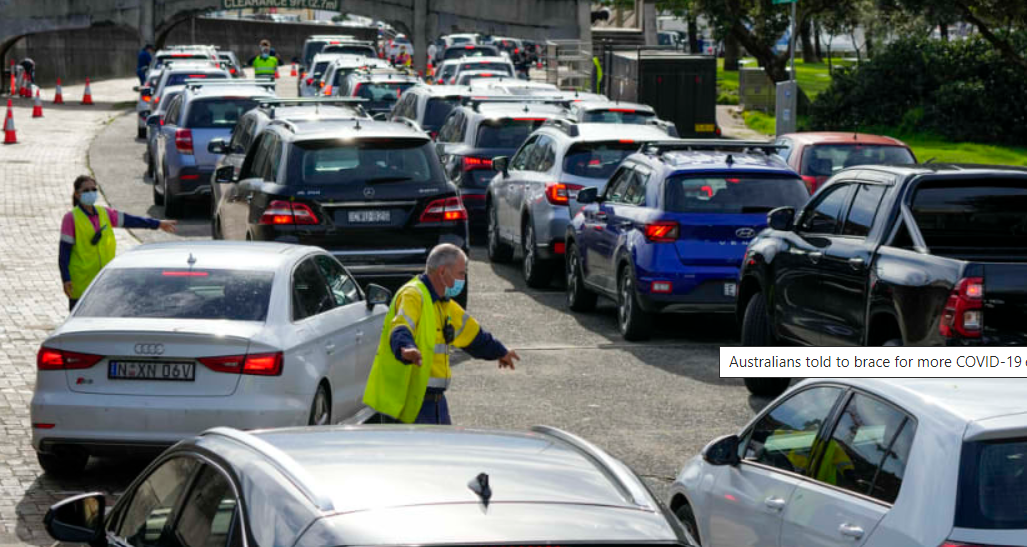 SYDNEY: Australia should brace for more COVID-19 deaths for the next few weeks, authorities said on Wednesday (Jan 19), as record infections fuelled by the Omicron outbreak overwhelmed health systems, forcing Victoria to raise its emergency status for hospitals.

“We have seen and we will continue to see deaths, mostly in older people, mostly in people with other chronic diseases,” Chief Health Officer Paul Kelly told the Australian Broadcasting Corporation on Wednesday, a day after Australia suffered its deadliest day with 77 deaths from the virus.

Amid record infections, Victorian state hospitals from midday on Wednesday will move to a “code brown” status, usually reserved for natural disasters or mass casualty events, while reports said that nurses had demanded that the government get the help of the army.

Nurses in neighbouring New South Wales (NSW) state on Wednesday staged a rally in one of Sydney’s biggest hospitals, protesting against staff shortages.

“Nurses and midwives are tired, angry and frustrated and feel that the NSW government isn’t supporting them at all,” said nurses’ union representative Shaye Candish.

Although Kelly admitted there were “challenges with nursing staff” levels, he said that the country’s hospital capacity was coping with rising admissions.

Despite rising hospitalisations, authorities are trying to justify their decision to live with the virus when higher inoculations were reached, citing a milder Omicron variant compared with previous coronavirus strains.

But the sheer number of cases has put pressure on hospitals, with 5,025 people admitted as of Tuesday. A month ago, that was 759 in Australia, with numbers nearly doubling in two weeks.

After successfully restricting the coronavirus earlier in the pandemic, Australia is dealing with a record surge of cases, with around 1.3 million detected in the past two weeks.

So far, Australia has reported around 1.6 million infections and 2,826 deaths since the pandemic began.