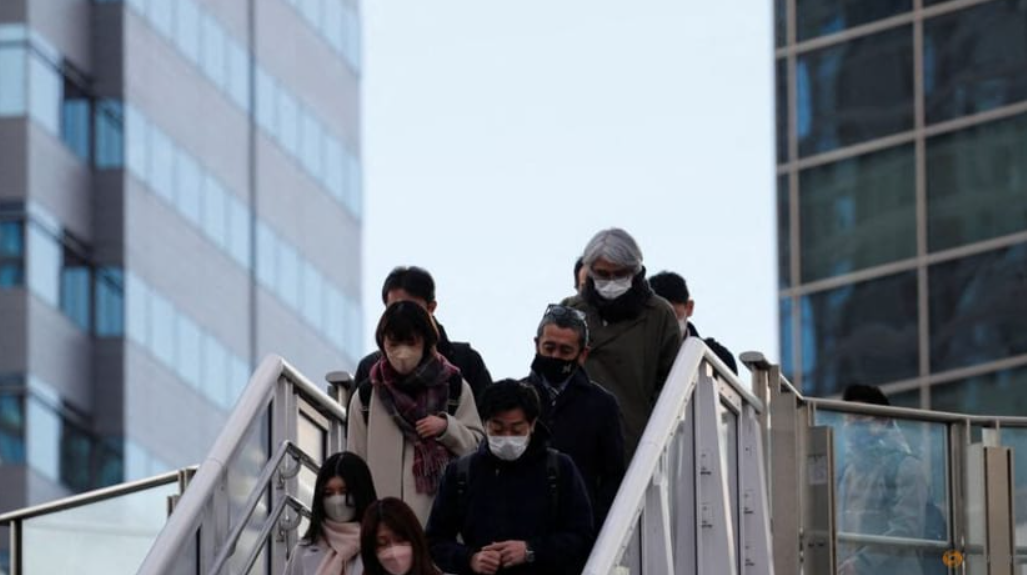 TOKYO: Japan was poised on Wednesday (Jan 19) to widen COVID-19 controls to cover half its population as the Omicron variant drives new infections to record levels.

Prime Minister Fumio Kishida is expected to officially approve the plan after it was cleared by an expert panel.

The so-called quasi-emergency measures permit governors to impose curbs on mobility and business, including shorter opening hours for bars and restaurants, as well as prohibitions on alcohol sales.

The measures, already in place in three regions, will widen to cover Tokyo and 12 other prefectures, lasting from Friday until Feb 13.

Japan recorded more than 32,000 new COVID-19 cases on Tuesday, according to a tally by national broadcaster NHK, exceeding the previous high seen in August shortly after Tokyo hosted the Summer Olympics.

Omicron is more infectious than previous coronavirus variants but appears to cause less serious conditions. Even so, public health experts are concerned that a wave of Omicron cases could overwhelm the healthcare system.

Japan has vaccinated about 80 per cent of its population against COVID-19, but its booster shot programme has barely gotten off the ground.

Japan this month declared quasi-emergency curbs in three regions hosting US military facilities, after it appeared that base outbreaks of Omicron spilled into surrounding communities.

Tokyo’s occupancy rate of hospital beds for COVID-19 patients, a closely watched metric, rose to 23.4 per cent on Tuesday. An increase to 50 per cent would warrant declaration of a full state of emergency, officials have said.