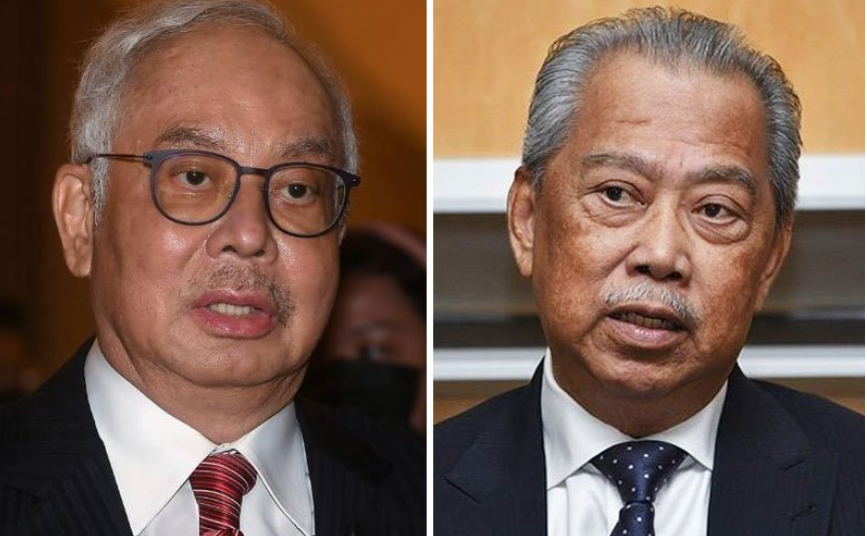 PETALING JAYA: Najib Razak has hit back at former prime minister Muhyiddin Yassin’s claims that declaring an emergency was necessary to combat Covid-19, citing the protracted lockdown that ensued and the high case numbers that persisted during the emergency.

Najib, himself a former prime minister, pointed out that the emergency did little to reduce the number of Covid-19 cases, with Malaysia one of the worst-performing countries in the region.

In a recent interview with Abu Dhabi-based newspaper The National, Muhyiddin compared the pandemic as “worse than a war”, which necessitated his decision to recommend to the Yang di-Pertuan Agong to declare an emergency.

“To declare a state of emergency and be granted additional powers was very important to manage the pandemic,” he said.

But in a Facebook post today, Najib said that “despite being locked up for so long, our record of Covid cases and deaths was the worst in Asean and among the worst in the world during that period”.

The 404 deaths per million also topped the region, which Najib said would be inflated to 789 if backlogged cases that were only confirmed after the emergency ended were added to the tally.

“Malaysia was the only country in the world to suspend Parliament under the pretext of fighting Covid-19,” he said. “Try naming one country that did that. Our country was in a state of emergency and Parliament was suspended for almost the entire time he was prime minister in 2021, from Jan 1 until he resigned on Aug 20.

“As a result of half-baked measures, where factories and construction sites were allowed to operate but small businesses and ordinary people were locked up, Malaysia’s lockdown period was the longest in the world.”

He said what was more shocking was that after Muhyiddin resigned, the country was told that there were even more outstanding and unreported Covid-19 deaths.

Although Muhyiddin had admitted to spending RM600 billion on stimulus packages, Najib said, the situation had worsened, leading the King and the Malay rulers to issue a joint order for the government to end the emergency and to use new approaches to fight the virus and safeguard the economy.

“The King and the Malay rulers agreed that there was no need to place the country under an emergency after Aug 1.

“The method of dealing with the Covid-19 pandemic must be inclusive, involving various stakeholders who are ready to listen, learn, make modifications and improvements to successfully convince and get the full cooperation of the people at various levels,” he said.

For this reason, he said, most people were of the opinion that the emergency and the lockdown were not to fight Covid-19 or help the people, but to prevent Muhyiddin from being overthrown so that the Perikatan Nasional government could remain in power.

“Can Muhyiddin explain why we have not reverted to pre-emergency days after more than a year from the declaration?