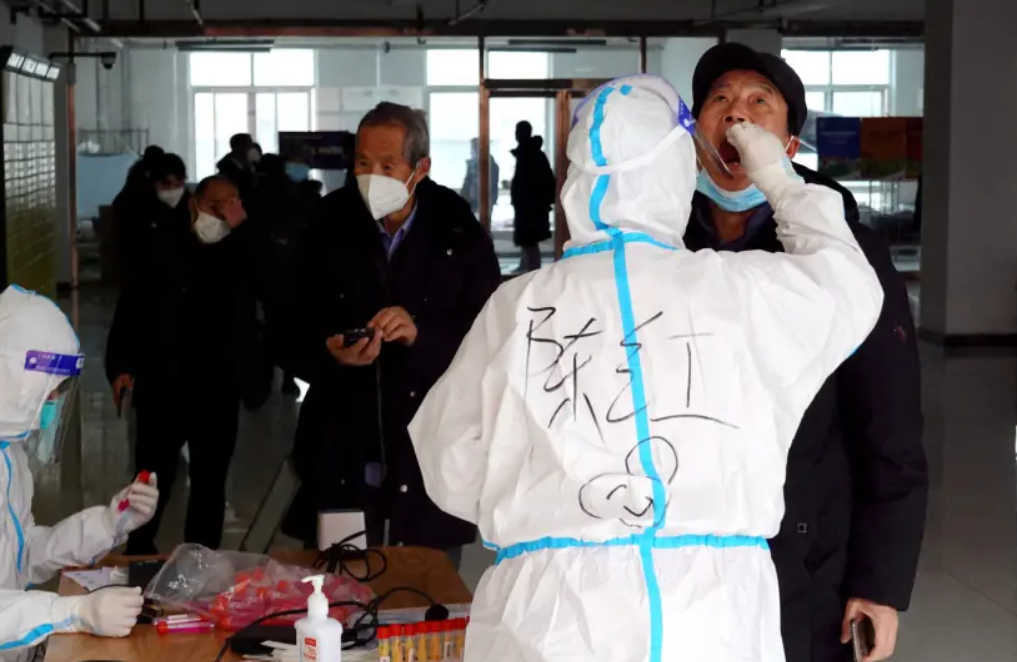 The Shenzhen Health Committee issued a notice on January 6 outlining new incentives for reporting residents that violate COVID-19 restrictions – chief among them being cash payments to informants that report violators of the regulations, as noted by multiple Chinese news sites.
The new guidelines offered cash incentives for reporting people who are in violation of strict COVID-19 protocols, such as breaching quarantine requirements. For instance, if an individual reports someone who is currently classified as “yellow” in China’s health code system (meaning they must isolate for seven days due to close contact) and is in violation of the relevant regulations, the government will pay 300 Yuan (roughly NIS 150) to the informant, per the notice.
China’s health code system is classified by three colors: green, yellow and red. While green means there are no restrictions, a yellow code would mean the individual would have to isolate for seven days, whereas a red code would mean a 14-day isolation period is required. Codes are assigned based on community transmission and close contacts at any given time.
Successfully “catching” a violator with a yellow pass would net the informant a 300 Yuan prize, while a red pass violator commands a 500 Yuan (NIS 250) prize. Reporting an illegal migrant would bring an even bigger premium at 1,000 Yuan (NIS 500) – though if the perpetrator was COVID-19 positive at the time they were reported, the informant would be paid a 10,000 Yuan (NIS 5,000) bonus on top of the existing reward.

A security guard blocks an exit as he directs people to scan a QR code to track their health status at Shanghai Hongqiao Railway Station, following new cases of the coronavirus disease (COVID-19), in Shanghai, China, November 25, 2021.

Other cash considerations are considered for “meritorious acts” that prevent local transmission, the document continues. Further, if two people report the same violator, the first informant to report them is entitled to the prize money.
The policies were first adopted in the Shangyu district of Southeast China’s Zhejiang province via a similar notice on January 2, 2022, and have since been implemented in other Chinese cities – most notably Shenzhen, one of China’s largest tech hubs and most economically-relevant cities. Shenzhen’s most recent COVID-19 outbreak has been met by China’s infamously strict pandemic control measures, as four positive cases in the city led to the sealing off of residential areas where the positive cases live and compulsory mass screening of the city’s 12.5 million residents, according to the South China Morning Post.
China, which was where the COVID-19 pandemic is believed to have originally emerged, has implemented among the most stringent pandemic-related controls in the world – according to its reports helping it achieve some of the lowest COVID-19 rates in the globe. The Western Chinese city of Xi’an, which is home to over 13 million residents, has been under a strict lockdown since December 23 – with residents unable to leave their homes and shortages of food and other resources being widely reported.
In other parts of the country, such as cities in the Central Chinese Guanxi province, COVID-19 protocol violators were paraded around the town in hazmat suits and publicly shamed by police in riot gear.
Source: Chinese government giving cash rewards for reporting COVID-19 violators – The Jerusalem Post (jpost.com)