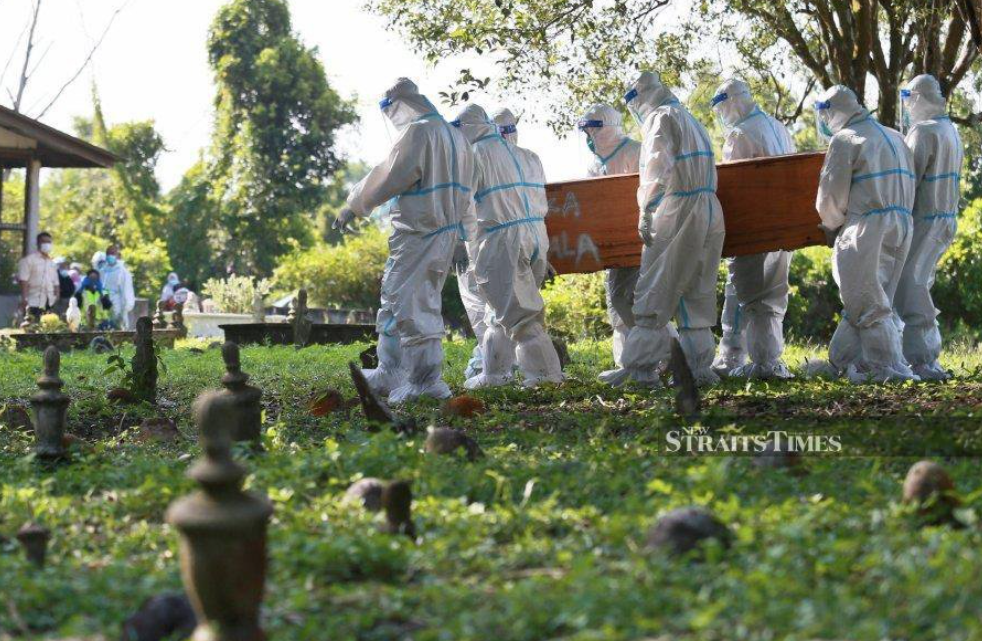 Of the new Covid-19 fatalities, two were brought-in-dead (BID) cases.

Johor logged the highest number of fatalities with four, followed by Kedah (three), two in Pahang, Selangor, Terengganu, and Kuala Lumpur respectively, and one in Kelantan, Melaka and Perak each.

The recorded deaths were estimated to have occurred in the last week or so, due to the delays in data reporting.

Of the 2,641 new infections recorded yesterday, 338 were imported cases.

In the past two weeks, 14 Covid-19 cases were reported per 10,000 people in Malaysia while there were seven deaths recorded per million in the country.

Despite showing a slight decline in the death rate nationwide, Terengganu continued to record the highest fatality rate with 24 deaths per million people.

Data also showed that in the past week, a majority of deaths involved those aged between 70 and 79, at 27.2 per cent, while about 22.2 per cent of deaths occurred among those aged 60 to 69 and 25.9 per cent involving those above 80 years old.

The Health Ministry also reported 2,808 patients had recovered from the coronavirus, adding to the cumulative total 2,717,422 recoveries in Malaysia.