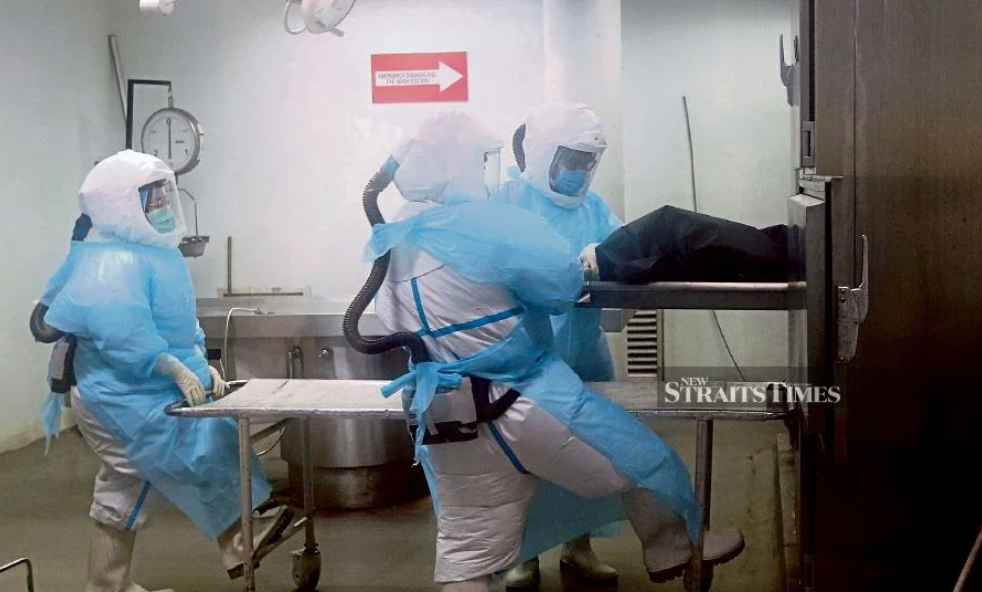 Data from the Health Ministry’s CovidNow portal showed that nine of the 31 deaths were brought-in-dead (BID) cases, with the current fatality rate at 0.8 per cent.

In the past two weeks, nine Covid-19 deaths were reported per million people in Malaysia, with Terengganu continuing to record the highest fatality rate with 27 deaths per million.

Data also showed that in the past week, a majority of deaths involved those aged between 70 and 79, at 31.6 per cent, while about 23 per cent of deaths occurred among those aged 60 to 69 and above 80 years old.

An increase of deaths among those aged 18 to 29 at a rate of 2.3 per cent was recorded in the past week, compared to 1.3 per cent two weeks ago.

Meanwhile, six states reported a hospital bed utilisation of above 70 per cent, with the highest being in Kedah (81.8 per cent), followed by Melaka (79.4 per cent), and Kelantan (78.9 per cent).

Terengganu saw a bed utilisation rate of 77.8 per cent, while Johor and Negri Sembilan logged 73.6 per cent and 70.2 per cent respectively.

The overall intensive care unit (ICU) utilisation rate for Covid-19 cases in the country is on a decline, at 52.3 per cent.

Only Putrajaya went above the 70 per cent mark, with 90 per cent ICU utilisation or four active cases.

Nationwide, 134 Covid-19 patients require ventilation, with a utilisation rate of 35.7 per cent.