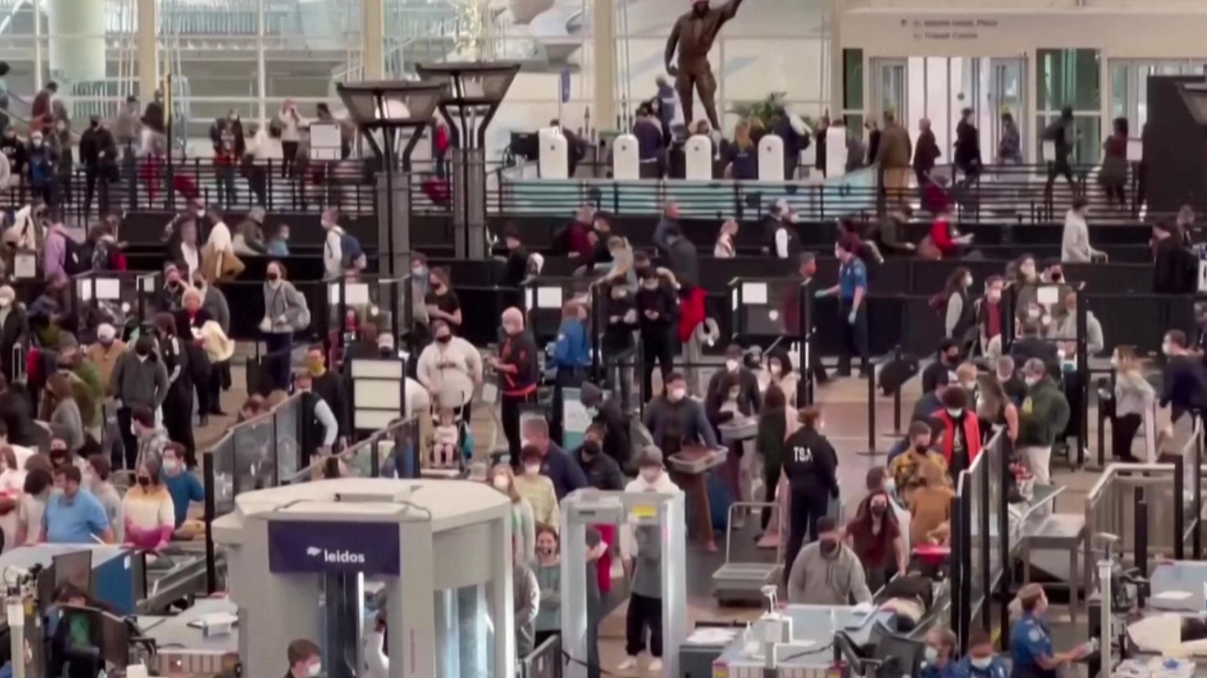 Around 8,000 flights were cancelled globally between Christmas Eve and Boxing Day as airlines experienced staff shortages due to COVID-19.

Approximately 3,000 of the cancelled flights were in or out of the United States, where the highly transmissible Omicron COVID variant is causing a surge in infections, according to flight-tracking website FlightAware.com

As of 5am on Monday, 1,457 flights had already been cancelled around the world, with 417 of them being to, from or within the States.

The Christmas period is typically a peak time for travel but this year it has coincided with the rapid spread of the Omicron variant, which has caused many airlines to cancel flights while pilots and cabin crew self-isolate.

A Delta spokesperson said on Sunday: “Winter weather in portions of the US and the Omicron variant continued to impact Delta’s holiday weekend flight schedule.”

They added the airline was working to “reroute and substitute aircraft and crews to get customers where they need to be as quickly and safely as possible”.

Infections have risen sharply in many parts of the US, with New York state’s health department warning it had recorded a “startling” four-fold increase in COVID-19 hospital admissions for children under 18 since the week beginning 5 December.

A White House official, who asked not to be named, said despite the mess at some airports that “we’re in a better place than last Christmas” and noted that “only a small percentage of flights are affected”.

Several cruises have also been affected by COVID-19, according to multiple media reports.

A Royal Caribbean Cruises Ltd ship returned to Fort Lauderdale in Florida, CNN reported, and on Sunday a Carnival Corp ship went back to Miami after positive COVID cases were detected onboard.

Carnival said “a small number on board were isolated due to a positive COVID test” onboard its Carnival Freedom ship that returned to Miami and left later on Sunday for its next trip with another round of passengers.

A Holland America ship also returned to San Diego on Sunday after Mexican authorities banned it from docking in Puerto Vallarta citing an active outbreak on board, NBC News and Fox News reported.

Omicron was first detected in November and now accounts for nearly three-quarters of US cases and as many as 90% in some areas, such as the Eastern Seaboard.