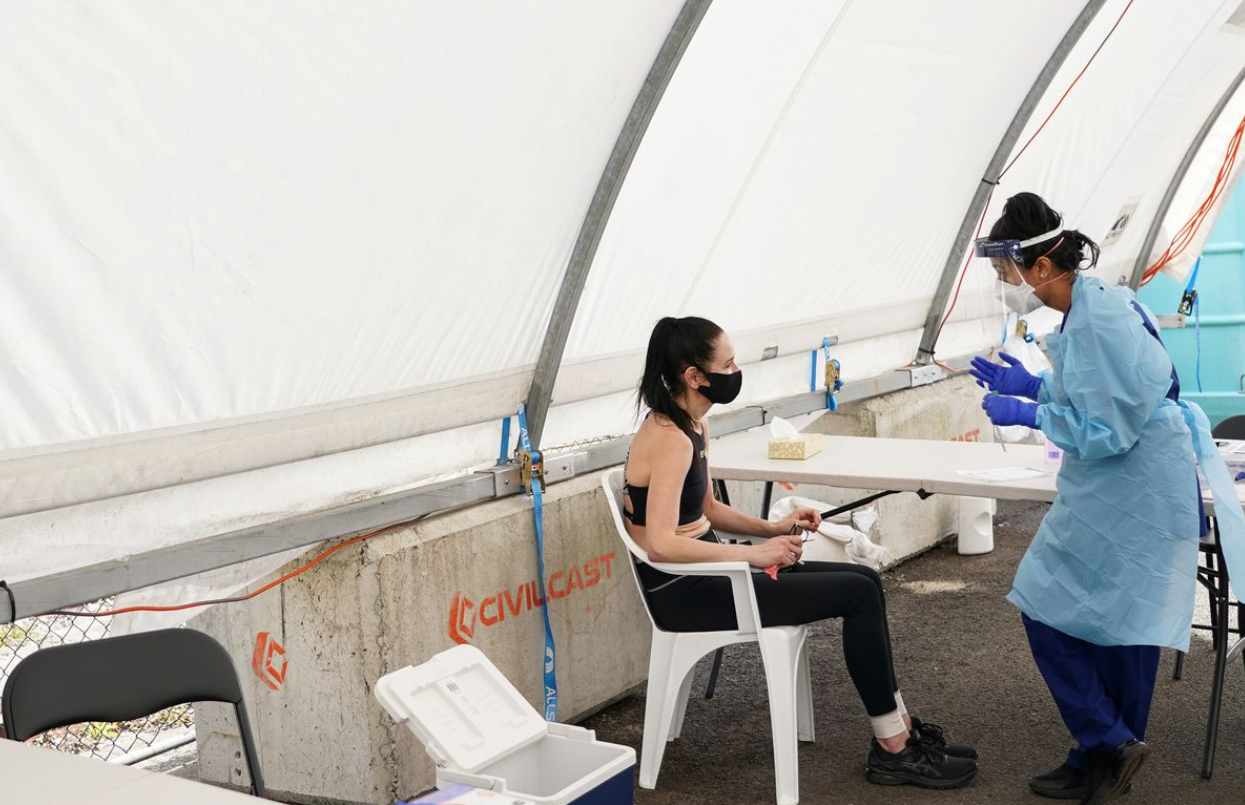 SYDNEY, Dec 23 (Reuters) – Australia’s two most populous states re-introduced COVID-19 curbs on Thursday as daily infections hit their highest amid an outbreak of the highly infectious Omicron variant and a rush on already-stretched testing clinics.

New South Wales state, home to a third of Australia’s 25 million population, said it was again making it mandatory to wear masks indoors in public places, while venues were told to limit visitors and re-activate customer check-in via QR code.

Victoria state, which has nearly the same population, also re-introduced a mask mandate, citing the need to reduce the stress on the health system.

The changes two days before Christmas are a stumble in the country’s plans for a permanent reopening after nearly two years of stop-start lockdowns as the new variant rages through the community in spite of double-vaccination rates of more than 90%.

Hospitalisations and deaths remained low, but the explosion of infections had created a risk of healthcare workers being furloughed by testing positive, the authorities said.

The country recorded more than 8,200 new cases, by far its biggest daily rise since the pandemic began, from a previous record of 5,600 a day earlier, mostly in NSW and Victoria.

“Today’s changes are modest, cautious and take a precautionary approach as we move through this holiday period to the end of January,” New South Wales Premier Dominic Perrottet told reporters.

Until Thursday, Perrottet had urged the state to hold steady on a plan, agreed between state and federal leaders, to remove restrictions once the vaccination rate exceeded a certain level.

Perrottet had steadfastly refused to re-introduce mandated indoor mask wearing, a move called on by the country’s doctors and health wrokers, saying it was now time to live with COVID-19.

In another change of messaging on Thursday, Perrottet urged people to avoid going for COVID tests if they had received a notification of being a possible contact with an infected person but were not experiencing symptoms.

With reports of hours-long wait times at testing centres, blamed on people planning to travel interstate before Christmas, Perrottet said that “this is putting enormous pressure on the system … but we need to make sure those people who need to get tested get tested in a timely way”.

Most states require travellers to have a negative test result 72 hours before departure in order to be allowed entry, even as Morrison has urged them to ease the testing requirement.

Despite the spike in cases, hospitalisations remain far lower than during the Delta wave, with about 800 people in hospital out of nearly 44,000 active cases.

But only 37 of those are Omicron cases, the health department said in an emailed response. Only one case is in intensive care and no deaths have been reported from the Omrican variant.

Even amid the Omicron wave, Australia’s tally of 273,000 infections and 2,173 deaths is far lower than many countries.