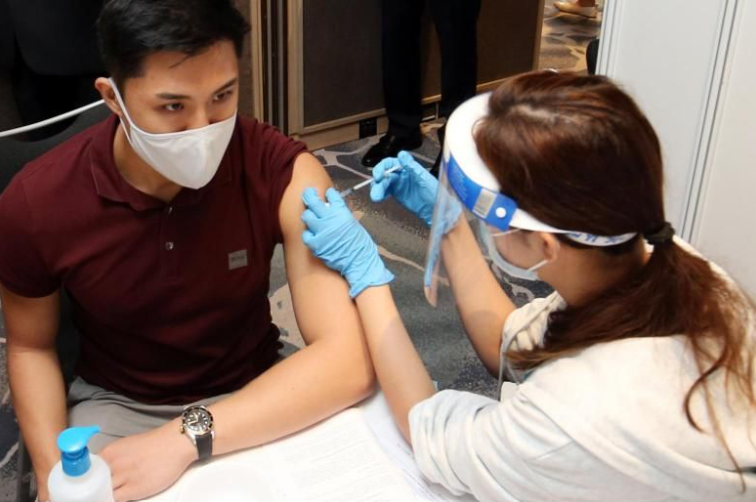 SINGAPORE, Dec 20 (The Straits Times/ANN): There has been no increase in the frequency of side effects among people who got their Covid-19 vaccine booster shots, said the Health Sciences Authority (HSA) on Monday (Dec 20).

The HSA also received 24 reports of severe side effects linked to the booster shots, representing 0.002 per cent of administered doses.

These included four cases of myocarditis – inflammation of the heart muscles – as well as other cases of heart failure, seizures, numbness and weakness of the limbs and blood clots.

No cases of anaphylaxis – a life-threatening allergic reaction – have been reported for booster doses so far.

A total of 86 anaphylaxis cases were linked to the first two shots of the Pfizer and Moderna vaccines, and another eight cases to the Sinovac-CoronaVac vaccine.

The reported side effects are similar to those experienced by some people after the first two doses of mRNA vaccines, HSA said in its latest safety update on vaccination.

“As the booster dose programme was recently rolled out, HSA continues to closely monitor the adverse events and will inform the public of any significant events that are observed, as well as take relevant regulatory action as required,” it added.

In the report, HSA also gave details of the number of reports filed after people suffered side effects that doctors suspected to be associated with Covid-19 vaccines.

The country also saw 235 adverse event reports linked to the Sinovac vaccine, representing 0.09 per cent of the 260,911 doses administered.

It has also received 26 such reports linked to the Sinopharm vaccine. This works out to 0.04 per cent of the overall 66,408 doses administered.

HSA concluded its report by noting that most reported side effects were largely expected with vaccination and reflect what has been reported globally.

The benefits of the Pfizer, Moderna and Sinovac vaccines continue to outweigh the known risks in a pandemic, it said. – The Straits Times/ANN

Source: No increase in frequency of side effects after Covid-19 vaccine booster shots, says Singapore | The Star